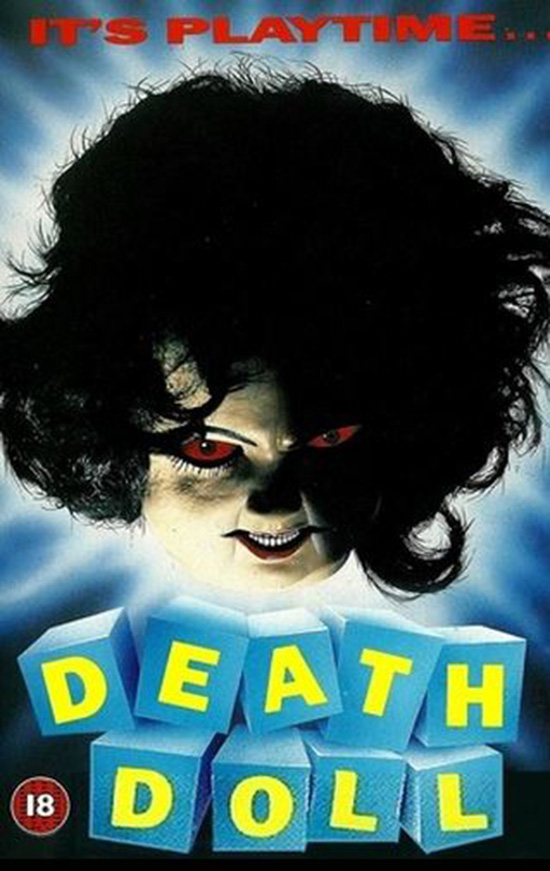 Trish, a young pregnant widow’s life becomes a nightmare when she starts getting threatening phone calls from a mysterious stranger. But things only get worse when the phantom caller graduates to stalking her. He also leaves ceramic dolls lying around to terrify Trish and justify the film’s title.

The horror genre loves creepy dolls. Whether they’re the antique porcelain variety or ventriloquist dummies, there’s just something about them that touches a nerve. Films like The Conjuring (2013), Dead Silence (2007), Magic (1978), Child’s Play (1980’s-2000’s), Dead of Night (1945), chilled audiences by corrupting something they connected with childhood innocence— or maybe it’s just because dolls stare at you with those weird glass eyes. Whatever the reason, I’m a big fan of scary doll movies. 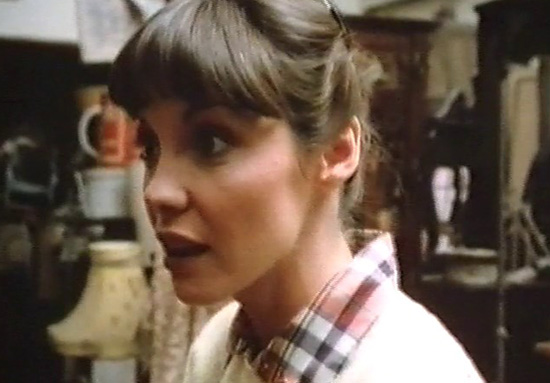 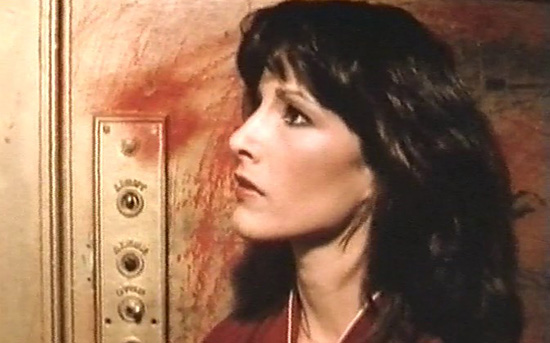 Fellow fans of murderous manikins might be tempted to check out DEATH DOLL based on its title. But that promising title is pure bait and switch. The titular dolls are merely window dressing designed to sucker you into this uninspired mash-up of the slasher genre and a whodunit. To add insult to injury, the filmmaker’s even throw in a creepy antique fortune telling machine that has zero effect on the story.

This tale of Trish Keller (Andrea Walters), a pregnant woman being stalked by a mysterious killer is clearly a low budget affair, so I can overlook the shaky camera work and dicey special effects. What can’t be forgiven is the carelessly written script that drags scenes out beyond the breaking point, while skipping over major plot points and leaving you utterly confused. Andrea’s husband’s death is crucial to the story, yet it’s communicated by cutting from him speaking to a sudden shot of his headstone— I had to rewind to figure out what I just saw. We only learn the details of his demise when Andrea talks about it on the phone with her mother who, despite this four-minute phone conversation never appears in the film. 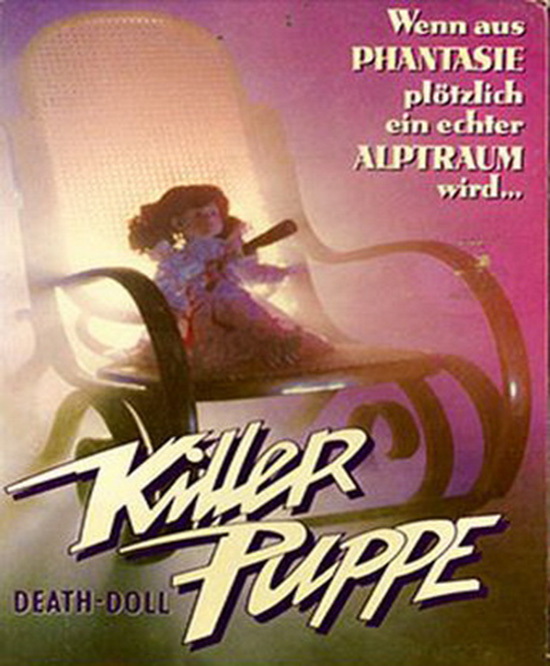 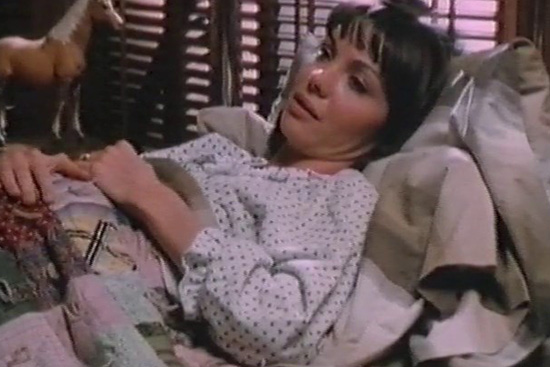 Speaking of telephones, it’s always a bad sign when characters spend too much time on the phone having plot points dictated to them. Andrea, the lead character in Death Doll makes no less than seven phone calls over the course of the movie— it must be some kind of record.

Although the script tries to be full of twists and turns, all we get are potholes. I understand that filmmakers will intentionally misdirect viewers, sending us down one path and so they can shock us with an unexpected twist— it’s fun when it works. But Death Doll doesn’t misdirect you so much as intentionally squander your time with no payoff. To give you a clearer picture, I’m resorting to bullet points— the last refuge of a hack. 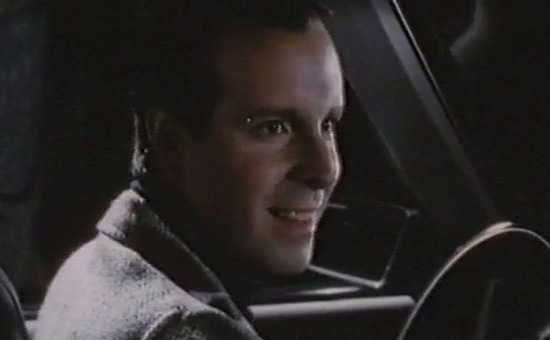 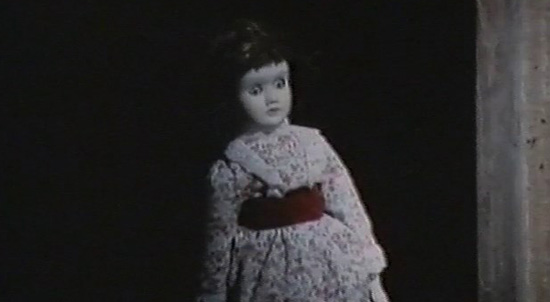 It’s almost like this movie has some kind of grudge against you and is seeking revenge. The last time I got this sensation was watching Howard the Duck (1986), a movie that insults and demeans anyone who dares watch it.

Even when I’m reviewing the worst films, I try to find something positive to say. This time it was a challenge… but here it goes.

Lead actress Andrea Walters is a professional with dozens of acting credits. Like a genuine trouper, she struggles to make Trish sympathetic and resourceful. Unfortunately, the script is a far greater menace than the killer, trashing her efforts. The director doesn’t help at all. In one scene, she’s forced to kneel on the floor while talking on the phone for three solid minutes— her only blocking is to repeatedly fold a single pair of socks. It’s painful to see a good actress treated so shabbily.

Co-star Jennifer Davis does a nice job as Trish’s sidekick Anne. Her line readings are a little stilted but given the dialogue that’s about the best you can expect. Anne’s a statuesque, harsh, judgmental redhead who drinks too much and has surprisingly nice legs— truly the woman of my dreams. As I mentioned earlier her character, (nice legs and all) vanishes from the movie with no explanation. 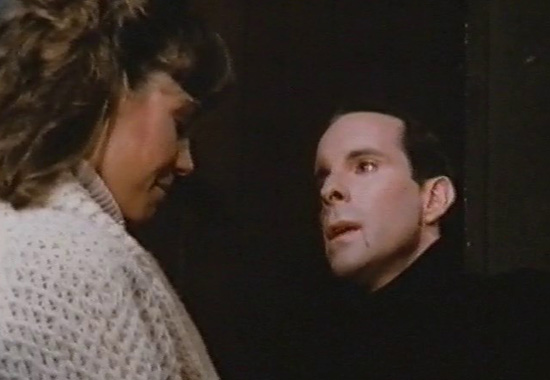 In case you’re a slasher film buff that’s intent on seeing every movie in the genre be warned— you’ll find more blood and gore in a rerun of Murder She Wrote. Only two people get slashed in the course of Death Doll but rest assured; you’ll also die a little inside during the movie’s twenty-minute final scene.