Home | There is No Escape in Ursula Dabrowsky’s Inner Demon: New Clips

There is No Escape in Ursula Dabrowsky’s Inner Demon: New Clips 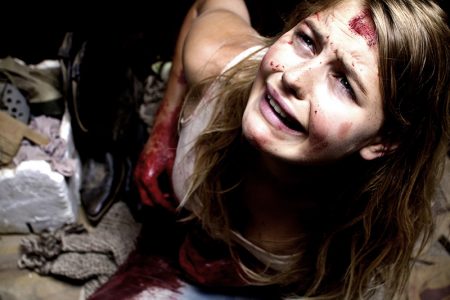 Terror Films is set to release INNER DEMON across multiple digital platforms on Friday, April 21.  The film’s official poster and trailer will debut next week. However, the genre distributor has released two exclusive clips for the fans titled: “Knock, Knock, Knock” and “Good Girl.”

Ursula Dabrowsky’s INNER DEMON tells the tale of teenager Sam (Sarah Jeavons) who manages to escape with her young sister from a deranged serial killer couple (Kerry Anne Reid and Andreas Sobick). Unfortunately, a cabin in the woods, that she hoped would be a safe house, turns out to be even more harrowing and dangerous than her initial entrapment by her captors. 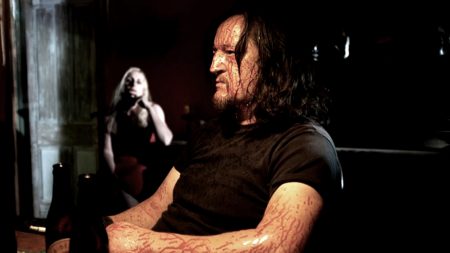 Shot in Australia, Dabrowsky chose the perfect setting in the city of Adelaide where a real-life string of serial killers and demented murders earned it the nickname “the murder capital of Australia.” She also proves, with this disturbingly crafted indie film, that dark and twisted thoughts can flow as eloquently from the minds of female filmmakers, too.

As part of their new World Wide digital release model, Terror Films will make the film available in the U.S., Canada and Australia as well as multiple territories throughout: Africa, Asia, the Caribbean, Ireland, Israel, U.K. and Pan Russia with plans to expand based on the film’s success. The film will be available on iTunes, Amazon Instant, Google Play/You Tube, Sony PSN, X-Box, Vudu, Steam, Vimeo On Demand, Roku (Free Flix Tonight, 24 Hour Movie Channel, Free Grindhouse Flix Tonight), I Bleed Indie and Tubi TV.  At a later date the film will also be released on iFlix expanding the film’s reach into countries such as Latin America and Pacific Islands.