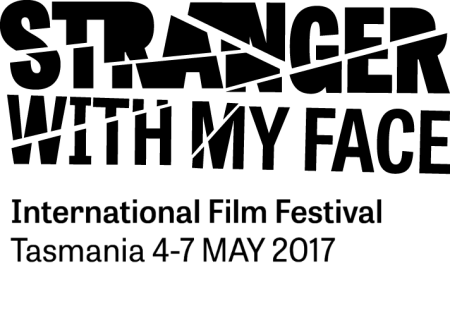 The 5th edition of Stranger With My Face International Film Festival will take place in Hobart from 4-7 May, with a line-up of feature films, a shorts program, a symposium, industry events and an art exhibition. Stranger With My Face focuses on women’s perspectives in genre filmmaking with an emphasis on horror and related genres.

The 2017 program includes a retrospective of the celebrated New Zealand filmmaker Gaylene Preston; the Tasmanian premiere of the all-female horror anthology XX with one of the filmmakers, Roxanne Benjamin, in person; and a screening of Wes Craven’s The People Under the Stairs with its cinematographer, Sandi Sissel ASC.

“Stranger With My Face is a place for newcomers get their films seen and to meet like-minded artists,” says Festival Director Briony Kidd, “But it’s also very much about highlighting older work that’s ripe for rediscovery.”

In addition to appearing for Q&As after screenings of their work, Gaylene Preston and Roxanne Benjamin will take on the role of mentors for the festival’s filmmaker development program The Attic Lab, which returns after a successful first year in 2016.

Roxanne Benjamin is well-known as the producer of the V/H/S films, credited by many as kicking off the ongoing ‘revival’ of the horror anthology feature film. She recently produced, directed and wrote segments of two new anthologies, Southbound, which premiered at TIFF in 2015 and XX this year, which opens this year’s Stranger With My Face after premiering at Sundance

Gaylene Preston ONZM is one of New Zealand’s most highly regarded filmmakers, with a career spanning more than four decades. While primarily known for her work in documentary and factually inspired drama, Preston is influential genre circles with two films in particular, both of which will screen at Stranger With My Face 2017.

PERFECT STRANGERS (1991) is a “chilling romance” which stars Rachel Blake and Sam Neill, and the lesser known MR WONG (1983) which has recently been championed by cult cinema connoisseur Quentin Tarantino, who said “I loved the woman who was the lead in it… she would never be the lead in the American version of that movie. And there was something so authentic about seeing her trapped into this supernatural story.”​

Rounding out the The Attic Lab mentor team for is veteran cinematographer Sandi Sissel (CHICKEN RANCH, SALAAM BOMBAY, MASTER AND COMMANDER) who will be in attendance for a screening of THE PEOPLE UNDER THE STAIRS, followed by an in-depth discussion around the artistic challenges involved in the 1991 Wes Craven production.​

More information on the Attic Lab, including this year’s filmmakers and featured projects, will be announced on April 24th. Last year’s inaugural intake included Donna McRae (JOHNNY GHOST), whose project KATE KELLY was picked up by producer Stephanie Trepanier of Snowfort Pictures and pitched at Fantasia’s Frontières Market, Natalie James, whose project RELIC was funded for development through Screen Australia Brilliant Stories Initiative and Indonesian filmmaker Ginanti Rona Tembang Asri, whose debut feature MIDNIGHT SHOW had its international premiere at the festival.

Festival Passes are now available to purchase at an Early Bird rate. The full program, including the shorts program, the Mary Shelley Symposium and industry events, will be announced next week at www.strangerwithmyface.com, with individual tickets then available to purchase online and Festival Passes at standard rates.
Facebook:www.facebook.com/swmfiff

ABOUT STRANGER WITH MY FACE

Named after the dark YA novel by Lois Duncan, Stranger With My Face International Film Festival focuses on female perspectives in genre film, with an emphasis on showcasing the work of women directors. Held over four days in Hobart, Tasmania’s picturesque capital city, the festival hosts screenings, industry events, a symposium and exhibitions, as well as satellite events year-round.

“Events like this are needed more than ever, with women’s rights under threat around the world,” says Festival Director Briony Kidd. “Women are angry, and they have a lot to say. Genre filmmaking is enriched by that sense of urgency and energy and we’re seeing more and more extraordinary films directed by women emerging from the indie scene. But they’re often not as visible as they deserve to be, and that’s where Stranger With My Face comes in. Our mission is to celebrate these films and bring them to a broader audience.”

Stranger With My Face has become a key platforms for genre film in Australia, and it is proudly connected to the larger women-in-horror movement worldwide. Stranger With My Face is a founding member of the Women’s Alliance of Fantastic Film Festivals (WAFFF), along with Etheria Film Night (Los Angeles), Tokyo Scream Queens Film Festival and Ax Wound Film Festival (Brattleboro). It was voted in the Top 5 Coolest Women’s Film Festivals in the world by Movie Maker Magazine in 2013 and guest filmmaker Jennifer Lynch (Chained, The Walking Dead) described it as follows:

“Nothing short of magical. It was transformative for me. I think what is being done there, and celebrated there and made possible as a result, is the best I have seen at any fest… I want to be there every year.”

A new addition to the festival in 2016 was the Attic Lab, a program to mentored and support women directors, giving them an opportunity to pitch new projects at the festival. The Lab will return in 2017, with details to be announced soon. 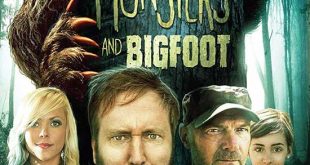 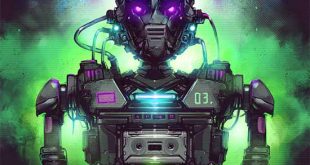 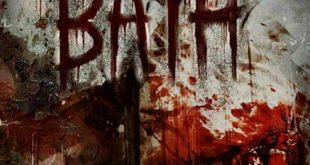 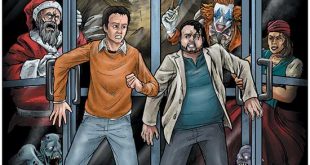 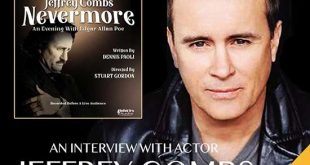