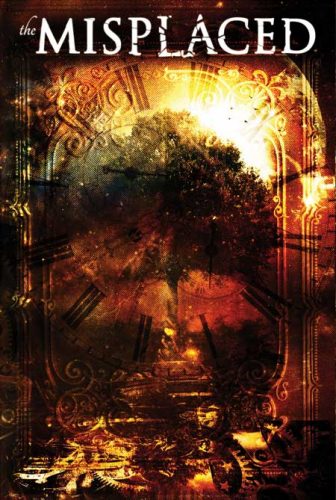 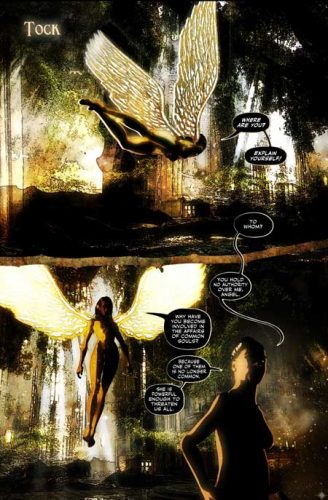 From writer and artist Chris Callahan comes a dark supernatural tale of love and desperation in the aftermath of a horrific tragedy. A young man pushes through the afterlife searching for the soul of his lost bride. But to find the missing, one spirit must return to the land of the living and uncover the truth of immortality. “The Misplaced is one of the most thought-provoking, hauntingly beautiful, and unsettling books that we’ve seen here at Source Point Press,” says Editor-In-Chief Travis McIntire. “After reviewing the first issue, we immediately pushed forward to finish the four-issue series and move straight for a collected edition release.”

The Kickstarter goes live at noon on Wednesday March 29th, and has rewards ranging from digital copies to print copies, original artwork, and even the chance to put creator Chris Callahan’s skills to work for yourself. Source Point Press Art Director Joshua Werner says, “Chris Callahan is an incredibly multi-skilled storyteller.

We’re proud to have The Misplaced in our lineup, and to have Chris amongst our creators.” Born and raised in Detroit, Chris eventually moved to Los Angeles to pursue a career in entertainment. He’s worked as a Motion Graphic Artist and Art Director for over 15 years, designing projects for some of Hollywood’s top companies, as well as doing logo and cover designs for publications from Image, Top Cow, and more. Source Point Press is a Detroit-based publisher of horror, supernatural, occult and pulp comics, novels, and art books.

Founded in 2012 by Joshua Werner and Trico J. Lutkins, Source Point Press slowly paid their dues on the convention circuit, churning out titles. That hard work has begun to pay off as they find themselves as one of the fastest growing small press publishers in the industry!

Watch the trailer for The Misplaced here:

More information can be found at www.SourcePointPress.com