Home | THE GHOST BROTHERS Return for all new Season

THE GHOST BROTHERS Return for all new Season 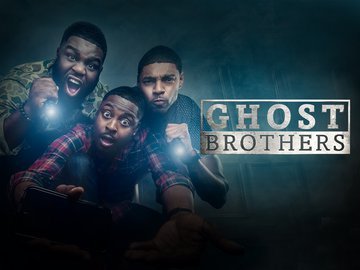 The GHOST BROTHERS take a passionate hobby to the next level investigating historically haunted and often abandoned locations, testing their own spirit along the way. All raised in religious households, the GHOST BROTHERS were taught that “messing” with the dead is dangerous business, but some unexplained experiences of their own drove them to find out firsthand just how spooky the supernatural can be.

Dalen, Juwan and Marcus enlist local historians and caretakers to provide the history of the property to better understand what they are facing. When night falls, viewers join the antics of their afterlife investigation as the trio uses local experts, investigative equipment, trigger objects, and most importantly, their southern charm, to help make contact with the other side.

In the premiere episode, the GHOST BROTHERS travel to New Castle, Indiana to investigate paranormal claims at the historic Thornhaven Manor. Reported to house negative energy that targets men – allegedly caused by a murder victim, his family members and the murderer, himself – the guys set out to discover what the phenomena actually is. Other haunted hot spots explored in the second season of GHOST BROTHERS include: a desolate sawmill nicknamed the “Mill of Death” in the bayou of Louisiana; the maze-like home of the Winchester Mystery House in San Jose; a haunted elementary school in Middletown, Ohio; the “White Witch” of Rose Hall in Montego Bay, Jamaica; and more.

GHOST BROTHERS is produced for TLC by Pilgrim Media Group in association with Crybaby Media.