KILLBOX, last year’s brutal breakout hit from American Gothic Press, will continue in 2017 with a brand new action-packed series focusing on both fresh and weathered faces.

KILLBOX: CHICAGO follows Timothy, Emi, and Sasha — who have been on the run since the Los Angeles game imploded — as they seek help from Emi’s connections to the yakuza. The new arc also features previous villains Irwin and Leonard as they engage with new contestants Aya Mori and Wilky Dae; and all the while, a strange new trio of haunting figures stalks the streets with sinister purpose.

“This arc of of KILLBOX is a bit darker, weirder, more disconnected,” says writer Tom Riordan. “AGP showed a lot of faith and granted me the latitude to take the story down a pretty dark alley. I think it’s paid off.”

The new KILLBOX saga also introduces Italian artist Marco Ferrari, making his American comic series debut. “Marco illustrated a short story in our TALES FROM THE ACKER-MANSION anthology, and we were blown away by his sense of movement,” explains Holly Interlandi, AGP’s Editor-in-Chief. The sentiment is echoed by Associate Editor Jorge Marrero, who adds, “We’re very excited to see how people respond to his style. The action has been cranked up to 11.”

The first issue of KILLBOX: CHICAGO lands at comic shops in June. 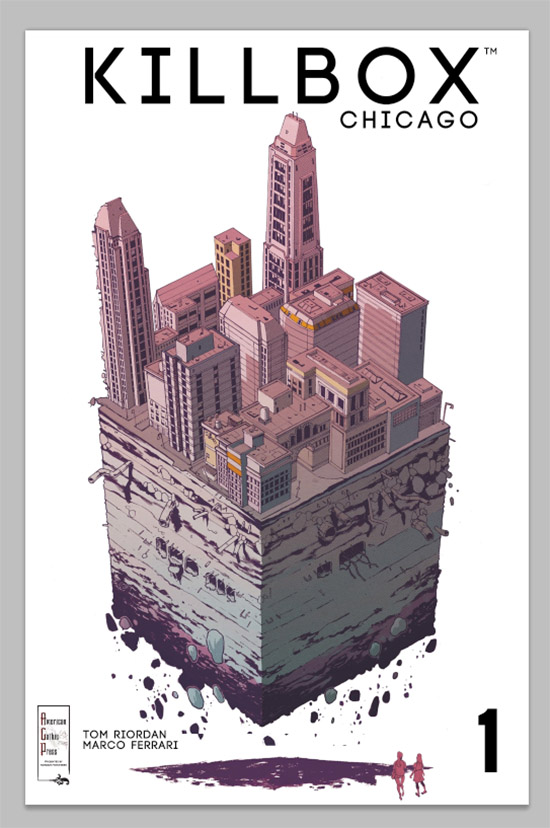