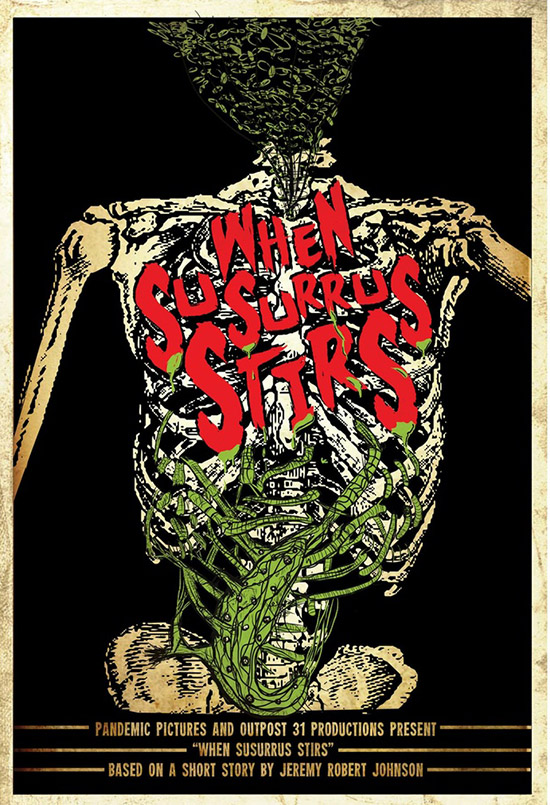 A body horror tale like no other. The story of one man’s bond with a parasitic creature that could result in the end of us all.

Yet more short films, kiddies! Today we have WHEN SUSURRUS STIRS, directed by Anthony Cousins and based on a short story by Jeremy Robert Johnson.

This is a crowd funded project through Kickstarter, and I do so love these sort of films. Always nice to see indie films get support from the community.

However, I am going to give a few warnings on this one….

First of all, this film could be classified as a “body horror”. If you don’t know what that is, basically the impetus of the film is on the physical horror, that is to say the loss of control of one’s own body. I’ve reviewed a few of these in the past. Definitely disturbing.

Also, I would not recommend watching this thing if you are queasy of stomach. And definitely no snacks before or during. Actually, you might not want one after either.

The special effects by Ryan Schaddelee are truly gruesome. This is some nasty looking stuff, folks. There’s just no other way to slice it. I pride myself on being pretty strong of stomach when it comes to films, but even I was having a hard time resisting the urge to hurl all over the place. So..just a heads up on that. 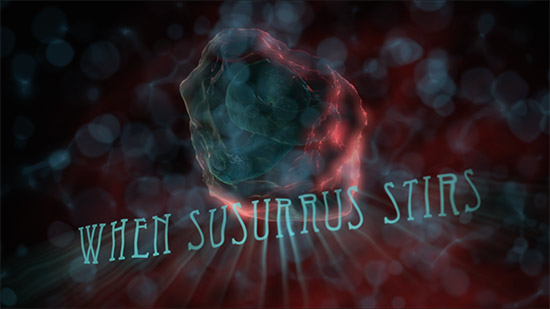 Anyway, so the film follows a nameless character who in the credits is only identified as THE HOST (played by Nathan Tymoshuk). As the name suggests, our hero is host to a sentient parasite. Maybe alien…maybe demonic…maybe not even really there. It’s hard to say.

The Host narrates his own story. He does not tell the tale in horror, or with regret or fear. He shows us how the parasite first came to be part of him, and talks us through the changes he experiences. He tells us about his bond with the parasite and what he is looking forward to as their bond increases  He’s truly enjoying the experience, and we get to see it all.

Using my special short scale of one to five, five being awesome, I’m giving this film 5 snacks