Home | Arrow Academy coming to the US in March 2017

Arrow Academy coming to the US in March 2017 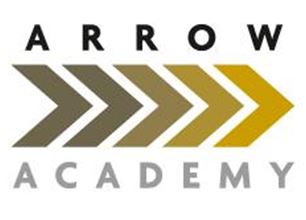 One of the world’s leading distributors of independent, arthouse, and world cinema to be distributed via MVD Entertainment Group

MVD Entertainment Group furthers the distribution of the Arrow Films brand in the US with Arrow Academy, one of the world’s leading distributors of Catalog and New Release independent, arthouse, and world cinema. The label releases definitive and prestige edition films by revered maestros of cinema from across the globe, including filmmakers such as Federico Fellini, Alfred Hitchcock, Woody Allen, Stanley Kubrick, Fritz Lang, R.W. Fassbinder, Roberto Rossellini and Jean-Luc Godard.

Arrow Academy will launch in the US & Canada in March 2017 with five titles.

ARROW ACADEMY FEATURES:
– Definitive editions of classic arthouse films from across the world.
– World class restoration and an award-winning label.
– A label which goes above and beyond to release films in their original release format.
– High-end and well-produced boxsets aimed at the cinephile audience.
– New and insightful extras on each release.