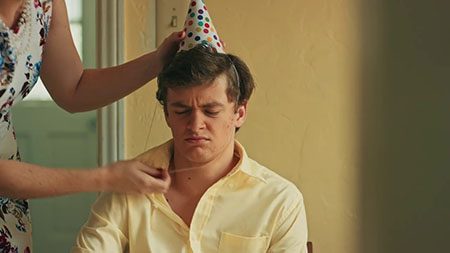 Vanilla Cake is a short film about the complicated and hostile relationship between Alex and his mother.  On Alex’s 16th birthday, he  reaches a breaking point from his mother’s constant insults directed at him and his dead father, who he believes died at sea from an accident when he was in the Navy.  In a moment of rage, Alex stabs his mother with a cake knife.  Panicked, Alex drags his mother’s body to the backyard and starts digging.  He stops short, uncovering his father’s dead body.  He realizes his mother has lied about his father’s death, and that she was the one who actually killed him.

More short films. kiddies! Today we have VANILLA CAKE, a short film from the US written and directed by Crystal Pastis.
You may recognize her name from a project called SONIC HIGHWAYS, on which she was a production assistant in 2014. Sonic Highways commemorates the Foo Fighters 20th anniversary by documenting the eight-city recording odyssey that produced their eighth studio album.

VANILLA CAKE is an crowdfunded film through a creative group called Flip a Bitch Productions, a collective of artists that crowd-sources and produces media that challenges the dominant social norms regarding gender, sexuality, and race. 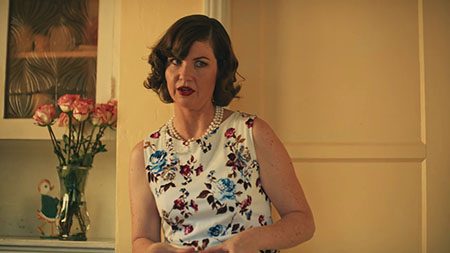 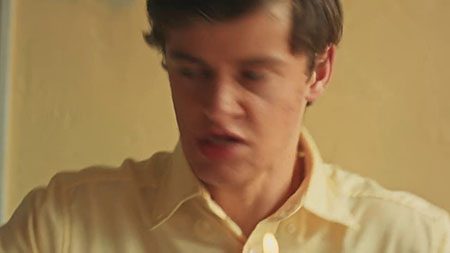 In this film, we are introduced to Alex (Coleton Ray) as he is preparing to celebrate his 16th birthday at home with his mom (Julie Mitchell), some sort of jaded Stepford wife from the looks of things. Alex’s father has passed away and mom doesn’t have a lot of nice things to say about the man….or about Alex, really. In fact, mom is pretty much a bit…well you know the word.
Anyway, the conversation between Alex and his mom clearly states how much tension and animosity is between them. This is not a banner birthday for the poor kid and we (the viewer) keep waiting for the other shoe to drop.

And drop it does, although not in the way we thought it would. Well, maybe partially, but wait, there’s more….
This is an interesting short. So much ground is covered in such a short time, and the story takes several twists in the time allotted. It’s pretty straightforward, and yet touches on a lot of different things through the course of the story. There is a lot going on in this short tale, and it’s very much worth the time to watch.

Using my special short scale of one to five, five being awesome, I’m giving this film 3 candles.