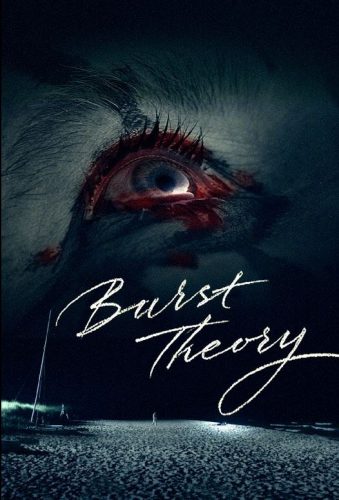 A scientist at a remote facility questions the nature of a bird flu vaccine his team is studying when a colleague unexpectedly contracts the virus under suspicious circumstances. Soon, he discovers his worst nightmares are about to become reality – his life, and perhaps the lives of millions, are hanging by a thread. Hunting for the truth, he spirals into a grim conspiracy and is forced to question everything he once took for granted. Including his own sanity.

Burst Theory is Writer/Director Zac Page’s first full length feature film. It’s shot and edited well, and the acting is impressive, but it does have some faults. The film begins with the mysterious death of researcher Melody (Lisa Mueller). Scientists are staying on a remote island and working on a vaccine for bird flu. Phillip (Joseph Scott Anthon) and Melody had a relationship which is shown in flashbacks. Thomas (David Gries) and Donovan (Ralph Lister) are in charge of the project and seem to be hiding something from everyone else.

The cinematography was really well done in this movie, but the flashbacks and scenes that were repeated over and over make it confusing and hard to follow at times. It almost felt a bit like “Groundhog Day.” At first, Phillip thinks that Melody’s death was related to her being drunk from the night before, but Thomas and Donovan say she may have died from H5N1, the virus that causes bird flu.    Melody was seen being chased through the woods on the night of her death, so it looks like she may have been murdered. Later Phillip reveals to Chad (Dustin Wilfert) that he believes that Melody died from a cytokine storm, a “burst” to the immune system that causes bleeding from the eyes and then death. He explains that is was the cause of a flu pandemic in 1918, which by the way really happened, and the pandemic is mentioned several times. Thomas brings in Jessica (Sherryl Despres) to replace Melody on the research team, but you soon realize she’s a spy for them.

Melody may have had some information about the project they are working on, that she shouldn’t have had. She doesn’t believe they are really working on a vaccine. A flashback of the party where Melody was drunk shows Donovan telling her to be careful about what she says. She drunkenly talks about mystery files that Donovan has, in front of everyone at the party.

In a flashback, Melody questions Phillip about his journal and what he knows about what the team is really working on. She speculates that they might be working on a stimulus, a way to boost the immune system, instead of a vaccine for the flu. She shows Phillip a set of keys to Donovan’s office that she has hidden under a log. After her death, Phillip retrieves the keys and sneaks into Donovan’s office and finds files labeled 1918, but the label falls off to reveal a label that says 1920. The files contain only blank paper and Phillip accidentally breaks off part of the key ring and unknowingly leaves it in the file cabinet.

After Phillip shares his journal with Chad, Chad asks Phillip where he was the night Melody died. Chad tells Phillip that Jessica was asking a lot of questions, which makes Phillip angry. Donovan and Thomas locked Melody’s belongings in a room after she died and when Phillip breaks into the room to search her stuff, he is confronted by Culverton (Mark Boyd), who tells him that Melody wouldn’t be dead if she had kept her mouth shut. Phillip realizes that Chad is the only person on the island he can trust, since he doesn’t know enough to be dangerous, but Chad soon dies from a cytokine storm after apparently being injected from a syringe that Phillip finds.

Donovan and Thomas catch Phillip in their office, where they tell him that entries in his journal show that Phillip killed Melody and Chad and fabricated everything, including the mystery files in Donovan’s office. Phillip has developed some kind of skin problem that makes you wonder if he’s been infected. He ends up in a fight with Jessica in the lab after she tries to kill him, and then he goes after Donovan.

This film is more of a “whodunnit” than a horror film.  Was Phillip a murderer, a savior, just crazy, or all three? I guess it depends on your interpretation of the film, even though some of the facts are laid out for you.  I’m not a big fan of nonlinear films and this movie demonstrates why. A recent example of a nonlinear storyline that worked really well is HBO’s “Westworld.” But unfortunately, we’re not in Westworld and this isn’t HBO. The cinematography and acting almost saved this movie, but I believe it would have been a lot more effective without the nonlinear storytelling. 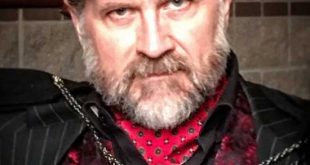