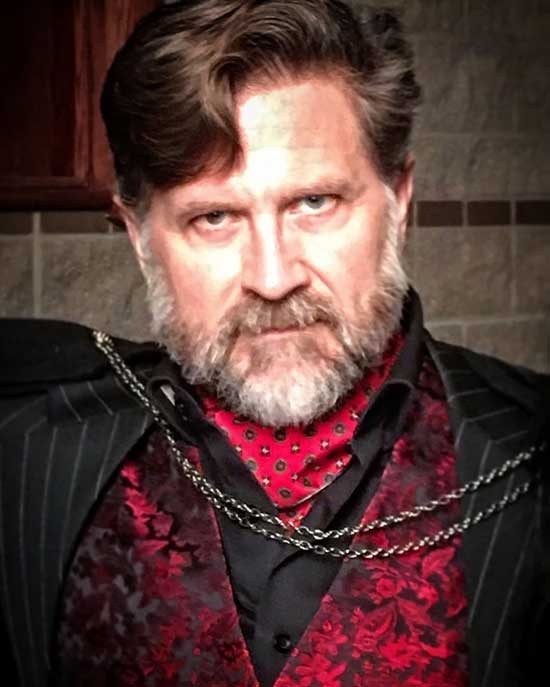 First off, you are fantastic. I have seen so many of your films.  (I had a cold during this interview so I thank Mr. Anthony for dealing with my voice going in and out.) I love this new take on NOSFERATU. Why did you decide to take this role and what did you do to prepare?

Mr. Anthony- Wow, thanks. Great question. I took the role because the producer involved Kathryn McDermott is a long-term friend. What did I do to prepare. Boy, I got lucky on this one. Most of the films you have maybe a week or two weeks to prepare. Ironically the fall before we shot this, 2016 there was a Sundance director Kim Farrant that I met. She did “Strangerland” with Nicole Kidman and I did a masters class with Kim that talked about prepping a role for thirty to sixty days. When Kathy called to offer the role, I had six weeks to prepare and it’s the first time with all these films that I had the proper time to prepare. Now why did I take it, Oh my God, my favorite film of all-time is Bella Lugosi in “Dracula.” I have done more vampire costumes for Halloween than I could even count so the idea of, “Hi, do you want to be a vampire in a vampire film?” It was the biggest bucket list ever. It was a dream come true with prep time for one and it’s a vampire film.

Oh my god. I agree. I love Bela Lugosi and especially as “Dracula.”

Mr. Anthony- Yes, I have at least watched that film a hundred times. In fact it is one of the only films I have watched again and again. There is no question why it came off to be such an iconic role. It was made by Bela.

Yes. What was it like for you working with this cast? Everyone did such a great job.

Mr. Anthony- A good group of people and a few that I have sort of worked on and off with around Michigan. It was really nice working with people that I’ve worked with before and then new people that I’d never met. We took over a small high school in Michigan and school was still going on for part of that time. 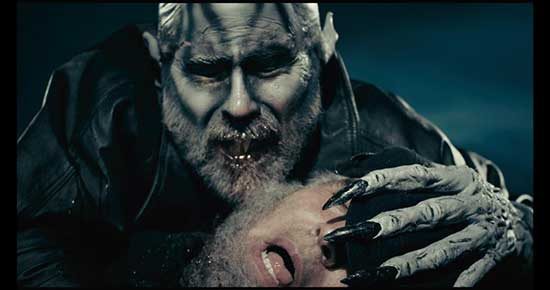 Was that challenging for you guys considering school was going on and they had a cast and crew filming around them?

Mr. Anthony- Not really. They did a good job of staying out of our way and then we were doing off-days and evenings for timing so we never really encountered the kids. I never really saw them. The funny thing is with social media as I was arriving on-set. You know you are taking photos and posting to Instagram and I am getting out of the car and walking over to where they were filming a scene already. Across the parking lot from the high school is the junior high school and the principal of the junior high school comes running out as I am getting out of the car and I realize it is one of my childhood friends. We haven’t seen each other for at least fifteen or twenty years and suddenly I am doing a vampire film in the parking lot of the school where she has been the principal at for years. Social media is a crazy wonderful thing. 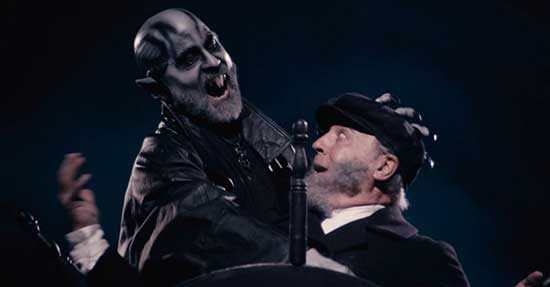 That is so cool and such a small world but incredible. And social media can be amazing for moments like that. You see someone you grew up with!

Mr. Anthony- It really is. It is such a small world and these odd strange things that you don’t know and these wonderful, serendipitous things like that happen.

What was it like for you being directed by Douglas Schulze?

Mr. Anthony- Doug was fine. He is a good director. I have known him over the years. We had a nice lengthy conversation and it was a nice merger. It was delightful. 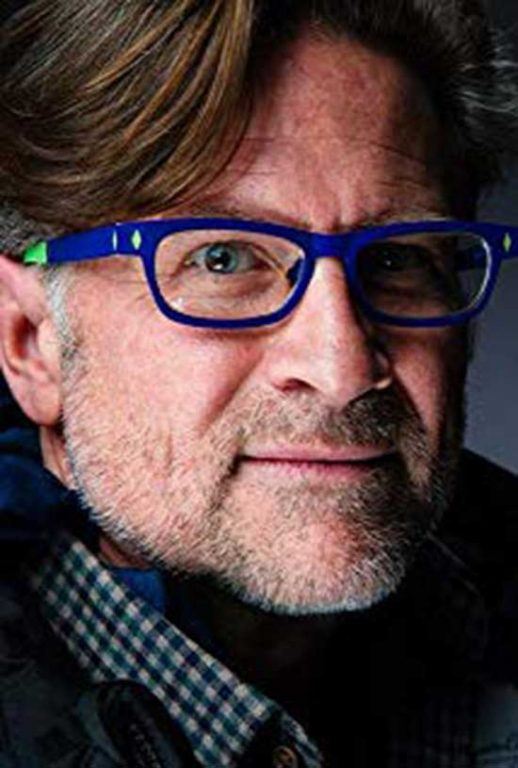 Mr. Anthony- Wow, wow. I thank you for the compliment and the feedback. When you are inside your own head it’s sort of weird but you don’t know what you are doing but when you get it reflected back it is so instrumental and it opens doors in your mind. So it is this great specificity. What’s interesting there is I was a professional magician at twelve years old and then at fifteen I auditioned for this mime company with absolutely no experience. By the end of it I was one of four guys and four girls in a traveling mime troupe with zero experience. I hadn’t had any acting experience. They said have you ever thought about acting but it first started out with magic and you hit the nail on the head. It is all about movement and a story-telling thing but with your body. Mime is the same thing.

But, I ended up getting in my Jeep and for the last eighteen months to two years I took off from L.A. for Alaska and I’ve been off writing. I have been working on a script based off my diaries that I write daily about the great recession. The main thing I have been working on is this script. I’ve got decades of diaries and with the politics of what is going on now. We are in the middle of the second draft and we have talked about the possibility that it really might be better suited a streaming series.

I think you would rock and just do amazing so you should do it. It would be amazing.

What would you like to say to the fans about the film?

Mr. Anthony- It is a fun ride. It is a teenage horror film. We used eight gallons of stage blood. I got drenched in at least a gallon of it. It is not a gruesome, torture film. It is a good story. Plenty of scares and a good old monster story. 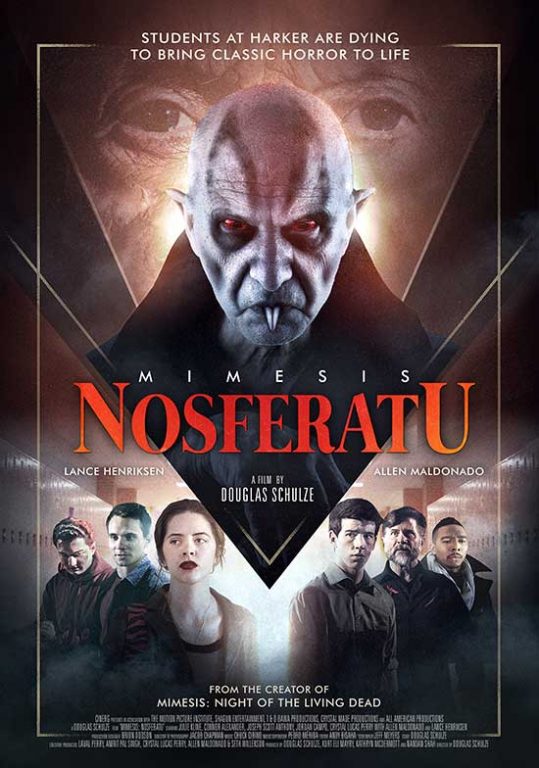 I agree. It was an excellent film. I thank you so much and you are so talented.

Mr. Anthony- You’re welcome and thank you. Thank you for the questions. Good stuff Janel.

Thank you and please make the movie you are working on.

Mr. Anthony- Thank you. My slogan is just keep showing up. 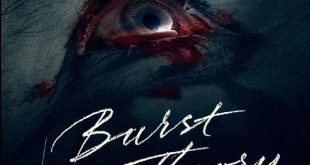