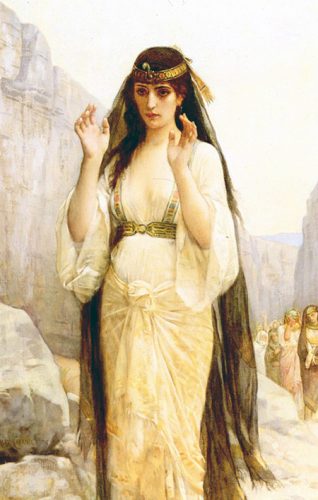 From the visionary mind of the man that brought us Slink and After School Massacre, comes a new kind of cinematic experience, an adaptation from Judges 11, in the Old Testament. Biblical scholars have called it the strangest story in the Holy cannon, the unsettling tale of Jephthah, who was faced with a very difficult decision; sacrifice his only daughter, or break the vow he made to God Almighty. The film is Frolic Pictures’ most profound, intricate and complicated production thus far. The bizarre story has been on Masters’ heart for some time, and finally his Bible epic will be made and will give new meaning to the faith-based film, that also has elements of horror, fantasy and sensationalism.

The movie is rumored to be shot on 16mm black and white film, with a cast of thousands. Hundreds of men have constructed the massive Biblical sets needed to bring this story to the silver screen. Working with and training exotic livestock (especially camels) have been one of the greatest challenges yet, and designing so many wonderful costumes has also been very trying on the wardrobe department. But it will all be worth it in the end, when men, women and children will see the picture, and be so deeply moved they will not be able to go on living the same shallow life they once knew.