The 13 Most terrifying Horror Film Characters Ever

As Halloween approaches, here’s a rundown of the 13 most frightening vampires, monsters and madmen to appear in horror films and TV shows – and which might well be knocking on your door on the night of October 31st!

Diana in Lights Out

This year’s horror hit, based on an acclaimed short film with millions of views on YouTube, features a nasty nightcrawler called Diana, who creeps towards her victims in the dark. It is nerve-shredding stuff. So whatever you do this Halloween, keep the lights on.

If you go down to the woods today… watch out for Jason, the hockey-masked maniac with a penchant for killing campers. So far, there have been a dozen films featuring Jason. The original, from 1980, features the mother of all twist endings. See it, and you won’t sleep for a week.

The Devil in The Exorcist

There’s no point trying to keep the devil out – he’s already inside! In 1973’s box office smash The Exorcist, arguably one of the most frightening films ever made, teenager Regan (Linda Blair), is possessed by an unimaginable evil, which turns her from a sweet girl into a foul-mouthed, violent monster whose head spins round 360 degrees.

Jack Torrance in The Shining

If you hear someone shouting “Here’s Johnny!” on the other side of the door, for God’s sake don’t let them in. In fact, you might not have a choice – ax wielding Jack Torrance (played by Jack Nicholson), driven mad by the hotel Overlook in Stanley Kubrick’s The Shining, will probably just hack his way in anyway.

The gremlins in…. Gremlins

These furry pets might look cute, but break one of the three cardinal rules – feeding them after midnight, for example – and they turn into diabolical critters capable of terrible mayhem. Do not, repeat do not, open the door to the gremlins. Bad things will happen, as is evidenced when a dear old lady greets some carol singers on her doorstep in the 1984 film.

Radioactive ant in Them!

The worst that you can expect from ants are that they’ll try and steal a sandwich from your picnic, right? Wrong. As this classic 1954 horror film shows, if you are going to do atomic testing in the desert, make sure you don’t turn little ants into giant radioactive monsters. 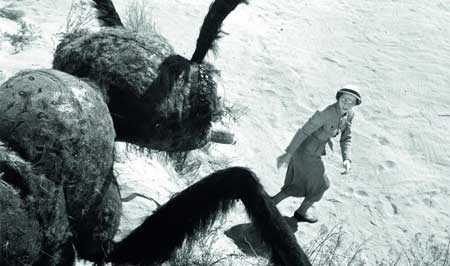 Kiefer Sutherland in The Lost Boys

Santa Carla, a small coastal town in America, has a peculiar problem: it is being plagued by a gang of young vampires, led by the charismatic and evil David. “You never grow old, and you never die,” David says, trying to tempt another mere mortal to become one of them. And it is tempting: the gang ride motorbikes, listen to rock music and generally seem to have a great time. As the tagline for the film says, “It’s fun being a vampire.”

Bill Wilkins in The Conjuring 2

A young girl in a North London suburb is terrorised by the spirit of an old man, Bill Wilkins – time to send for paranormal investigators Ed and Lorraine Warren. What makes this year’s hit sequel all the more terrifying is that it was based on a true story. Sweet dreams.

This underrated horror film from 2007 has gained a cult following since its release, and makes the perfect Halloween film. It features four different Halloween set stories, all connected by Sam, a child wearing orange pyjamas and a sack mask over his head. If you hear some kids yelling ‘trick ‘r treat’, and you open the door and see Sam, shut the door, lock it, hide behind the sofa, and pray.

This fanged ghoul, that caused many a childhood nightmare when Salem’s Lot was first broadcast in TV in 1979, was inspired by one of the very first horror films, Nosferatu, is still guaranteed to send shivers down the spine. The scene where Danny Glick visits his friend – by floating outside his window – is a truly chilling moment. 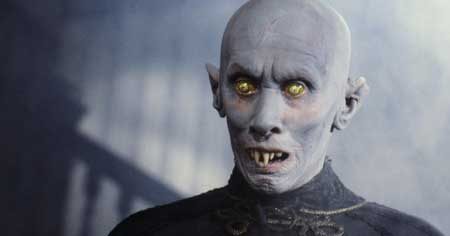 Pennywise in Stephen King’s It

Tim Curry plays the screen’s most horrible clown, Pennywise, in this truly scary adaptation of Stephen King’s novel of the same name, where a group of adults return to their hometown to defeat this evil apparition once and for all. Remember, next time you see a creepy looking clown peering out of a drain, and offering you your wildest dreams, just say “NOOOOOO!!!!!!!” 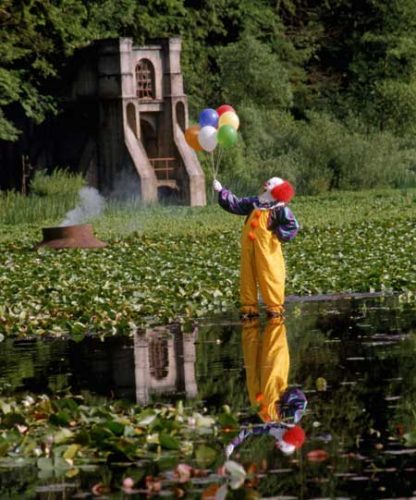 The Toy Clown in Poltergeist

Take one look at the toy clown in the superb 1982 horror chiller, and you can tell something is not quite right. Add to that the fact it seems to move around the room of its own accord. If I were a parent I’d take it straight back to Toys R Us and change it for a Power Ranger or something.

The doll in Annabelle

What could possibly go wrong, having the blood of a Satanist dripped onto your elegant Victorian doll during a home invasion. Plenty! A couple of handy hints – throw out the creepy old doll. And don’t watch this film alone. Watch out for the sequel next year.

All these titles are available from Warner Brothers Home Entertainment. The Shining – Extended Cut, is out on Blu-Ray now. Lights Out is released by WBHE on December 12