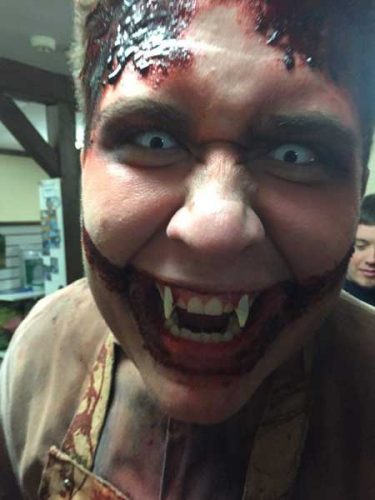 A cold sweat permeates the brow as the roiling sensation of unease dominates the core. The pulse quickens roaring adrenaline through the veins. Each breath is savored never knowing if it may be your last as the heart threatens to burst free of splintering ribs. A tentative, reluctant step is taken towards the shadows, preparing to embrace the unknown.

I’m never ceased to be amazed at the degree of creativity and innovation incorporated into Haunt Manor. There’s literally something for everyone. 2016’s addition was certainly no exception as the grounds boasts an additional ten attractions to their usual freakish fanfare.

Whether attending in a group of friends, family or even coworkers Haunt Manor will surely provide skin crawling and bone tingling grandiose for all walks of life. 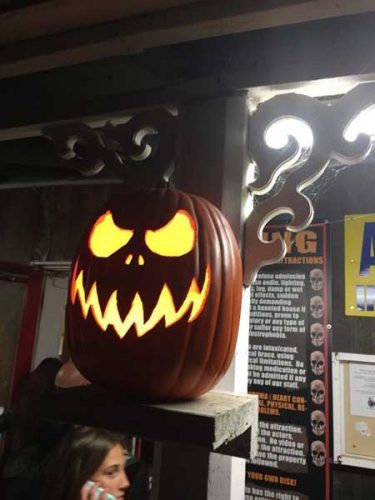 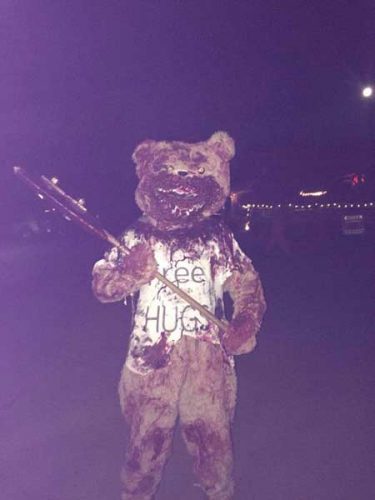 This year I’d vied to attend with The Culberts, Laura and Jeff, a work colleague and friend along with her husband. We’d developed a fast friendship in recent times. Each of us were equally exhilarated for the outing. Being bona-fide terror fanatics the unanimous decision is we’d be immune to whatever may lie ahead. A grave error in judgement indeed.

It isn’t difficult to get slightly disoriented in the darkness upon arriving on the Campark Resort grounds. Upon retrieving our passes we were brandished with an onslaught of varying ghouls, demons, clowns, and zombies and just about anything else under the full moon at Haunt Manor. Over a hundred stage actors reside in the shadows. An unsuspecting fiend just never knows what lurks around every corner.

We’d opted to ride along the haunted hayride first although we’d learned later that it is advised to tour the grounds first and leave the coach as the finale. The attention to detail in each of the displays was astounding, forever accentuating the suspense factor. Specifically trained stuntmen in full terror inducing garb leapt out of the darkness at the most of unsuspecting moments.

The hayride is often a crowd favorite. As the capacity attendees cheered on in succession, we’d laughed and shrugged off our creeped out moments and carried on. 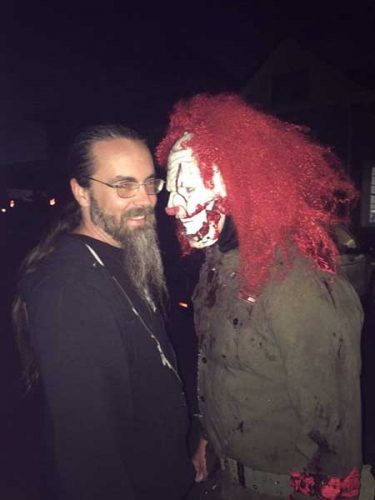 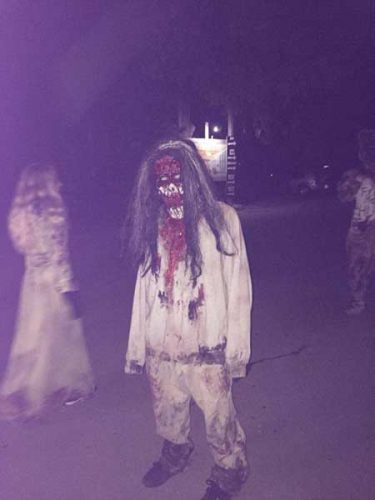 Legend has it where the haunted houses resides is where west the historic Battle of Lundy’s Lane took place. The ominous graveyard is where one the bloodiest battles in history took place in 1812. The 220 year old farm has still remains where two soldiers were sheltered and died during the war, the Pew family.  To this day reports of their appearances are still happening, including the mother and two children in the attic. Seemed like a most fitting locale for the next venture.

The main haunted house boasted numerous levels and a near labyrinth of spooky elements around each turn. This was precisely the location where each of us had our individual scream aloud moments. It just goes to illustrate regardless of the depth in your horror fanaticism no one is impervious to the horror inside.

Additional highlights included the Bates Motel attraction, Infamous corn maze and Miller’s Prison where each step can get you even further devoured in the blackest of turns while taunted by the demonic inmates. A special shout out goes to the young actors and actresses running amok in the Dead End Diner. Their antics induced a hearty bout of whirling nausea that won’t soon be forgotten.

In addition to each of these attractions there is also The Man Who Knows psychic readings. An in-depth reading to tantalize the curiosity. Dr. Volcano’s late night stage fright along with Edward Stone, the dark illusionist provides extraordinary entertainment while waiting for the attractions or looking to cap off the evening.

If you only attend one horror related theme park this Halloween season I highly recommend Haunt Manor. If you dare. 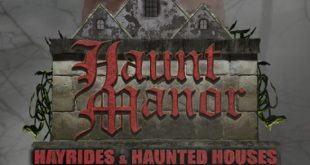 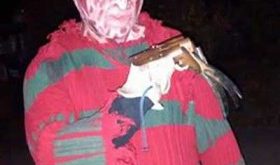