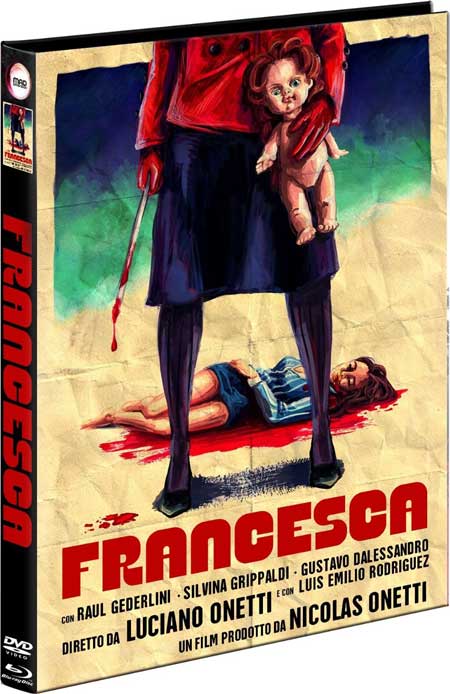 Two detectives must catch a serial killer, but their only chance to find him, is to solve the case of missing girl who disappeared 15 years ago.

Francesca is an Argentinian giallo thriller from director Luciano Onetti (co-written with brother Nicolas Onetti; this is Luciano’s second film, his first being Sonno Profondo/Deep Sleep). Believe it or not, this film came out last year (2015), but I think most fans of the giallo films of the early to mid-1970s will agree that it fits in well with the classics of 40+ years ago. From the very beginning, the opening shots and the music set a mood that brings to mind the feel and atmosphere of the films of Argento and Fulci and Bava. Add in the mystery, the gloved killer, and even the bottles of J&B found throughout the film, and the Onettis have managed to capture the spirit of giallo while at the same time adding their own unique touches to the story.

Francesca revolves around a series of killings that may or may not be related to the disappearance of a young girl fifteen years earlier by the name of, you guessed it, Francesca Visconti. According to her parents, someone came to rob the house, and when Vittorio Visconti, Francesca’s father, confronted the man, he stabbed Vittorio in the back, paralyzing him, and kidnapped the young girl. Not a single clue has turned up since, but the town holds out hope. Meanwhile, in the present, Detective Succo and Inspector Moretti are working on a mysterious group of killings. Each victim has been found with old coins on their eyes and a note containing lines from Dante’s Divine Comedy. Upon further research, it also appears that the murder victims aren’t wholly innocent people themselves.

Throughout the film, we get short little flashbacks of Francesca as a child, the most important one right up front in the first minutes of the film. As the opening credits roll, a young girl is seen stabbing at the lifeless corpse of a bird on the sidewalk with a long needle, a large smile across her face and her somewhat battered doll on the ground next to her. Inside the house, her mother is tending to a crying baby. Soon the young girl tires of the bird and heads inside, only to find her baby brother alone in his stroller. With the same cheerful smile on her face, she pokes the needle directly into the baby’s eye. Her mother screams as she walks into the room and sees what happened. In the tradition of giallo foreshadowing, this is not the last we’ll see of either this needle or this doll, but what does it all mean?

There are so many impressive things about the Onetti brothers’ film. As I said before, they are somehow able to almost perfectly catch the feel and the vibe of the giallo films of the early 1970s, from the music to the look to the story full of twists and turns. Their kill scenes are gruesome and stylish, while the mystery of the whole thing easily draws in the audience and keeps them guessing, even when we think it seems fairly obvious who the killer is. Francesca starts strong and maintains a steady pace throughout, never losing its momentum all the way through to the shocking conclusion (and make sure to stay after the credits!). And if I’m correct (I’m relying on the internet here, so it’s a 50/50 possibility), this is the screen debut for all of the actors involved. I never would have guessed that by the acting, which is a credit to the entire cast as well as to the director for being able to bring out such great performances. 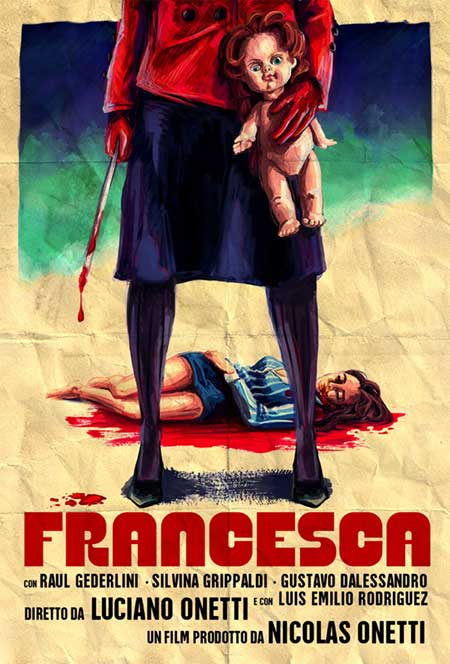 Francesca is another in a long line of great finds by Unearthed Films, and it is yet another example of their increasingly varied catalog. In addition to the extreme horror and blood and gore features they were founded on, lately they’ve managed to bring in, among others, a slow-burn werewolf film (Sheep Skin), an artistic animation feature (Mecanix), a quiet visual horror (Flowers), and now a giallo classic for the modern age. This is a great time for independent horror films. And to think, this is only Luciano Onetti’s second film – I can only begin to imagine what the future might hold for this young filmmaker. Francesca is a must-see for horror fans, giallo fans, and mystery/thriller fans alike.

Francesca is available on bluray per Unearthed Films 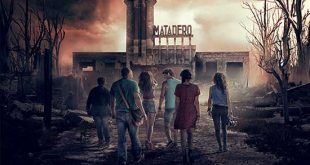 Film Review: What the Waters Left Behind (2017) 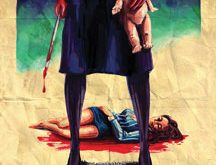