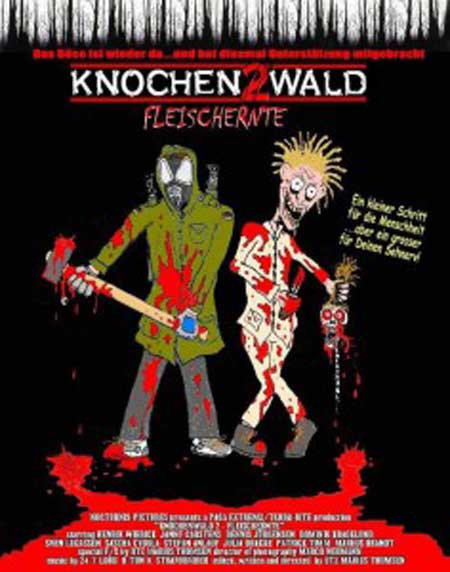 The gas masked killer is back, this time with a new, even more insane friend.

Made in 2002, Knochenwald 2 is clearly a love letter to the bloody slasher films of the 80’s, with a lot more gore than is the standard. The kills are almost continuous, and ridiculously over the top. There are many parallels between Knochenwald and other films of its ilk, and that’s not a bad thing. However, with a killer who seems to be a combination of the stoic, maked Jason Voorhees, with the garb and mental-hospital backstory of Michael Myers, this film really could’ve benefited from a more serious tone.

Knochenwald 2 is about a killer who dresses in work clothes and wears a gas mask. He was a mental patient who, after having a brain “operation” (and I mean that in the loosest sense: a “doctor” operates on him while he’s awake, using a scalpel to cut random pieces of his brain out), becomes a crazy, unstoppable killing machine. He is joined by another madman, who shares his thirst for blood and sensible clothing. They go on a rampage through the countryside, killing pretty much anyone who comes their way, and some who don’t. Eventually, the killer catches up to the doctor who operated on him, and all hell breaks loose. 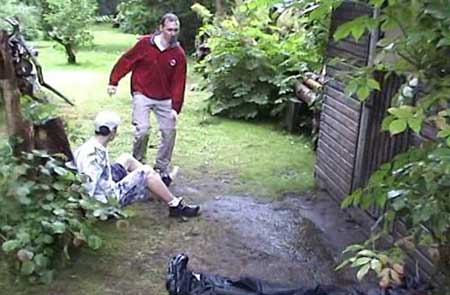 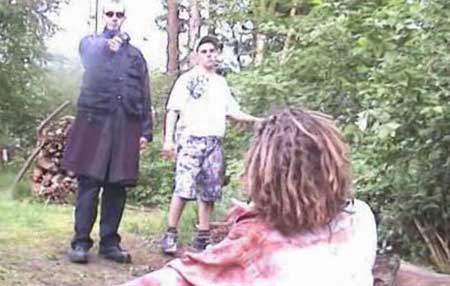 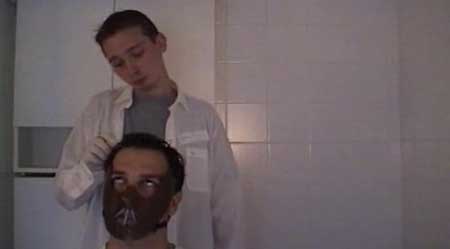 A series known for its over the top, often cheesily unrealistic gore, the second film in the Knochenwald series maintains that standard. It’s really more of a horror comedy, but, unfortunately, like the vast majority of films that fall into that category, the juvenile humor makes it not a comedy, and the lack of coherent scares makes it not much a horror movie either. You do have to hand it to this group of filmmakers, though.

They’re clearly learning as they go along. The third film has a lot more kills, and uses its cache of weapons much more creatively, but there’s a lot of creativity in this film as well. The killer mainly uses a machete, but he also uses logs, knives, guns, and even his hands at different points in the film. These filmmakers have created a trilogy of bizarre, gory horror flicks on what is clearly a shoestring budget. They’re using what they’ve learned from previous films in new and innovative ways, upping their game with each subsequent film. That, in and of itself, is the most that you can ask for, because you get the feeling that eventually they’ll get it, and create something truly worthwhile. 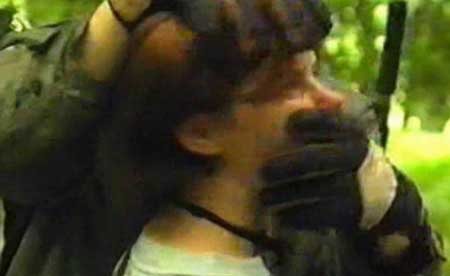 One interesting thing about Knochenwald is that it doesn’t shy away from its ridiculous special effects. Long, lingering shots of clearly fake dead bodies, slow motion kills where the live victim is replaced by a dummy halfway through, and tons of body parts that were bought from the Halloween store give us an insanely unrealistic effects catalog. It’s obviously meant to be exactly what it is. We are supposed to know its cheesy, and we undoubtedly do. That is more self-awareness than most of Hollywood seems capable on a film by film basis. And make no mistake, Knochenwald, like most low-budget horror film series, has its fans. 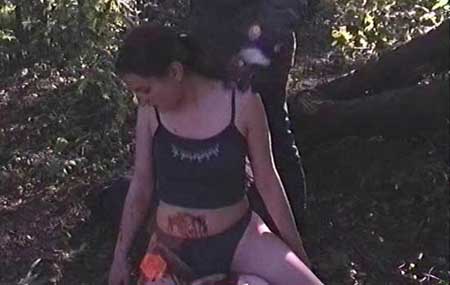 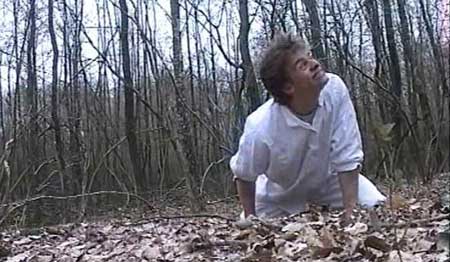 It manages to be both cheesy, ridiculous, and endearing all at the same time. Even though it was made in 2002, this could’ve easily been a film from 30 years ago. While that would be a huge criticism for a lot of films, bloody, disgusting horror films take that more as a compliment than an insult.

In a genre that most fans, at least until recently, had seen better days and was perhaps on its last legs, films like this bring it back home to where it should be.It’s not existential horror. It’s not going to make you look over your shoulder to see what’s bumping in the night behind you. And it’s not going to be something that’s going to keep you up at night. But it’s fun. And honestly, what else is horror supposed to be? 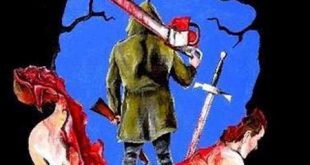 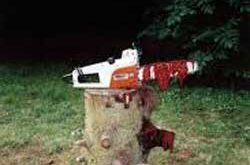