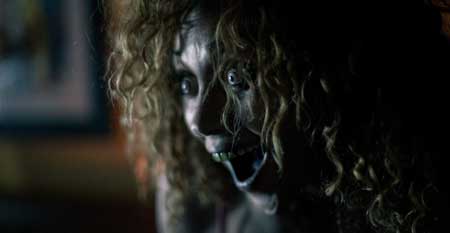 Presented by Deadhouse Films, the two festivals are now announcing the first wave of feature programming for the 2016 event. “We started over ten years ago with the idea of hosting a one night showcase of the world’s best and bloodiest new horror short films, hence the festival’s name. We’ve since grown to an eleven day festival, that screens dozens of feature films and a plethora of shorts; a rich tableau of fantastic genre cinema ranging from blood drenched horror, through action filled sci-fi, to cult films that defy easy categorisation,” says festival director Dean Bertram. “Despite this growth, we have always remained committed to a simple idea: bringing the freshest and most original genre offerings from around the planet to our Sydney audience”. 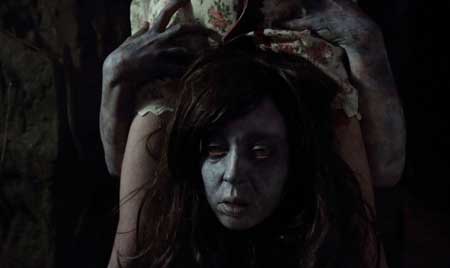 The first ten feature films, all of which are Australian or international premieres, follow below. More program details, guest announcements, and special events will be revealed in the weeks to come.

BORNLESS ONES (dir: Alexander Babaev) Fans of EVIL DEAD will eagerly devour this atmospheric and demon-filled fright-fest. Starring Australia’s own Mark Furze, this is the best and bloodiest cabin-in-the-the-woods film in years.

GEHENNA: WHERE DEATH LIVES (dir: Hiroshi Katagiri) The terrifying directorial debut from special effects artist Hiroshi Katagiri (A.I., WAR OF THE WORLDS, THE HUNGER GAMES). When a group of property developers are trapped in a bunker beneath sacred native land, they soon discover that there are worse fates than death waiting in the claustrophobic darkness. Appearances from genre favourites Lance Henriksen (ALIENS, MILLENNIUM) and Doug Jones (HELL BOY, PAN’S LABYRINTH) add to one of the most frightening films of the festival season.

NEIL STRYKER AND THE TYRANT OF TIME (dir: Rob Taylor) If DOCTOR WHO was genetically spliced with STAR TREK, by a mad scientist with a wicked sense of humor (who also threw in a sprinkling of malevolent goblin puppets just for giggles), you might have something resembling this soon to be cult classic. And with STAR TREK’s Walter Koenig on board, this film boldly goes to new comedic heights.

ORION (dir: Asiel Norton) In a desolate future, where science is a memory, and mysticism and savagery rule the wasteland, a hunter (David Arquette in a transformative performance) must save a virgin (Lily Cole, SNOW WHITE AND THE HUNTSMAN, THE IMAGINARIUM OF DOCTOR PARNASSUS) from a cannibalistic shaman. ORION is a visionary thriller and unique exploration of the post-apocalytpic sub-genre. 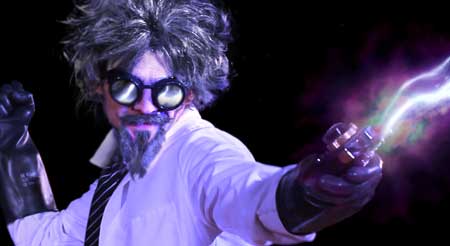 PARANORMAL DRIVE (dir: Oleg Assadulin) Russian genre cinema continues to accelerate with this jump-in-your-seat supernatural chiller. A Russian family road tripping across country in their newly purchased car, are unaware of the vehicles horrifying history. Will they survive its dark secrets and reach their final destination?

SHE’S ALLERGIC TO CATS (dir: Michael Reich) Indie hit of this year’s Fantasia Film Festival, SHE’S ALLERGIC TO CATS is a genre-defying mind-trip filled with mesmerising imagery formed by an 80s video art aesthetic. A video artist and reluctant dog groomer (Mike Pinkney), falls head over heels for a gorgeous client (Sonja Kinski). One problem: his run down Hollywood home is infested by rats, and she’s coming to visit.

SOMNIO (dir: Travis Milloy) Trapped in a futuristic prison cell, and watched over by a faceless warden, a wrongfully imprisoned man must escape his intolerable present by travelling into a violent yet romantic-tinged memory from his past. A Kafkaesque nightmare blended with a sci-fi premise reminiscent of the best of P. K. Dick. Lovers of cerebral science fiction will adore this haunting film.

TELEIOS (dir: Ian Truitner) A genetically perfected crew are on a rescue mission to recover a deep space mining vessel. All that remains of the drifting space ship’s crew is a catatonic male human, and a subservient female android. But with its precious cargo missing, and the rescue party themselves becoming unhinged, they must race to discover not only the location of the ship’s missing cargo, but what happened to the rest of its murdered crew. A taught sci-fi action/thriller which brings to mind sci-fi classics from ALIEN and EVENT HORIZON to BLADE RUNNER and EX MACHINA.

More details are available at the festivals’ official website:www.anightofhorror.com

Loot Crate’s New Fright Crate Will Roast You On An Open Fire!