Oaxaca FilmFest announced the details of its Seventh Edition that will take place in Oaxaca, Mexico, from the 8th to the 15th of October 2016. 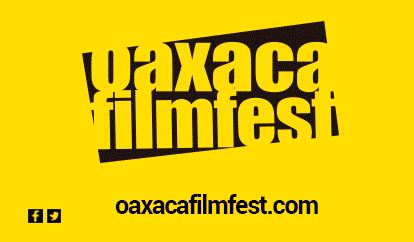 The Official Competition includes most awaited films like Elvis and Nixon (Liza Johnson, USA), Personal Shopper (Olivier Assayas, France), To Steal from a Thief (Daniel Calparsoro, Argentina-Spain) and By way of Helena a.k.a. The Duel (Kieran Darcy-Smith, USA).

Other highlights to the selection include the Mexican Premiere of the Rolling Stones Documentary : Olé, Olé, Olé: A Trip Across Latin America (Paul Dugdale, UK) and the Mexican Film 7:19 (Jorge Michel Grau, Mexico).

The Festival also announced the agenda for its activities and events which include New Industry, an intense 3-day Program for professionals of the industry that will expand this year with Young Industry a program open to future filmmakers. Both academic programs include alliances with protagonists of the international industry like The Redford Center, Sundance Institute with #Ignite Program, Vimeo, Adobe Project #1324, Fondeadora and WhatsCine among others.

Festival C.E.O. Ramiz Adeeb Azar speaking during the event was very enthusiastic about the Festival’s Community Outreach Program:  “The Festival Community Outreach Programs this year keep evolving thanks to the support of both local and international cinematographic communities and audiences. Foundation Nights , Academic Exchange and especially Accessible Cinema which we extended the collaboration to an international level in order to bring Accessible Film Premieres for people with visual or hearing impairments.”

The eight day International Cinema Event  which has been labeled by the media “Sundance South of The Border” and “Simply the best Festival experience on the planet” focuses on being a truly authentic door between the Latin American Cinema Community and the rest of the world.