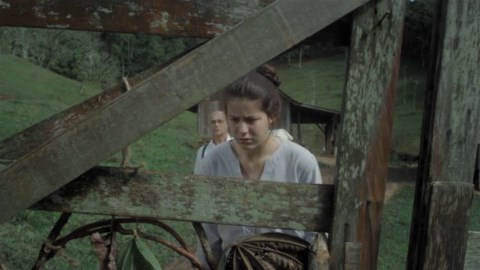 Domitila is a girl who has to deal with the secrets of their adoptive parents amid the loneliness of her new home.

Yet more short films, folks! Today we have TRES DENTES DE OURO (THREE GOLDEN TEETH), a film from Brazil in Portegeuse with english subtitles, written and directed by Diego Lara.

So our story takes place in the late 1960s. Helena (Denise Da Luz) and David (Nazareno Pereira) are refugees from the last years of World War 2. They have settled in an abandoned farm in Brazil with a young girl named Domitila (Mariana Righetto). Dom is not their daughter, or any relation that I can assertain. They talk of her nother’s illness and how she will be able to return to her soon.

Anyway, there is a lake just down the road from the farm, but David and Helena forbid Dom to go their. They say it’s because she can’t swim, but when a really creepy dreamcatcher shows up on their fence, Dom begins to think there is something more going on. 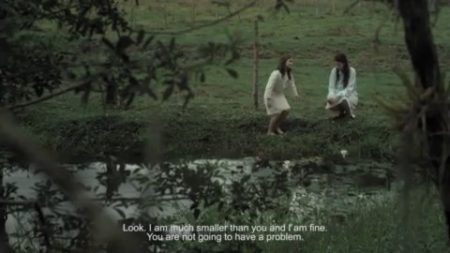 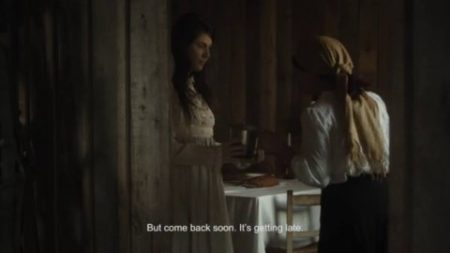 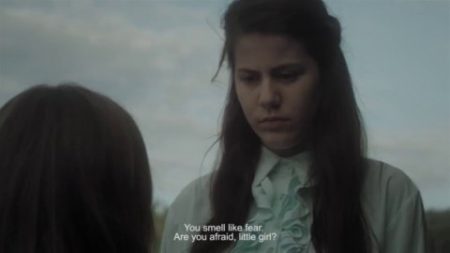 Of course, Dom doesn’t listen and goes down there anyway. It is there that she meets a strange little girl (Sofia Frozza Ampese) and this whole peaceful existence goes completely off the rails.

Now I’m not 100 percent what the title has to do with the story. Perhaps there is some sort of folklore involved that it makes sense. There is some old school folklore that is important to the story, which is the reference to a “rusalka”. A rusalka is a water nymph, a female spirit in Slavic mythology and folklore. The term is sometimes translated from Bulgarian, Belarusian, Russian and Ukrainian as “Mermaid”.

The film is beautifully shot, making great use of the locations and available light. I can’t say enough good things about this film, to be honest. It’s magical and surreal and totally worth checking out.

Using my special short scale of one to five, five being awesome, I’m giving this film 5 dreamcatchers.