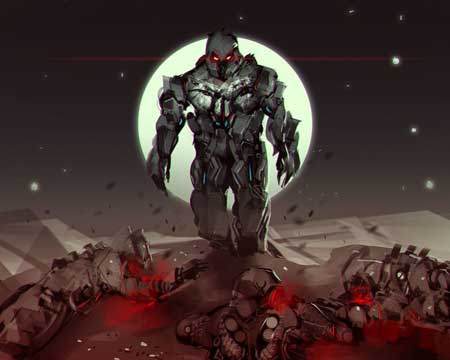 Dark Moon has created a cult following with their dark, atmospheric motion comic series, which have been available on formats such as the Madefire app for iOS/Droid devices and a Flash-based player on Deviantart, but this is the first time that they will be made available on as universal a platform as Youtube!
The three available motion comics are now available as youtube videos that are about 10 minutes in length each, with a fourth episode in production.  The story is about a group of reluctant space travelers who find themselves on a “dark moon” hunted by aliens and unable to escape, so they must find ways to fight back and stay alive.
The videos are available on their youtube page, and also available directly on their website here: darkmooncomic.com/episodes
About DarkMoonComic
Dark Moon started as a motion comic series in 2014 to tell an exciting and atmospheric story of survival in space against horrible odds. They continue to add to their comics’ universe with new episodes, soundtracks, music videos, a movie trailer, and now their series is available on youtube!
Share