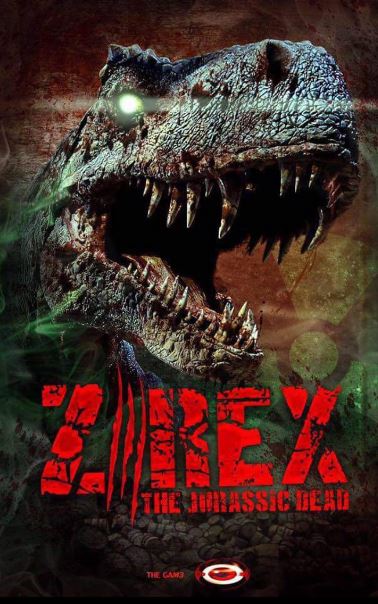 “A cracked scientist aligns with the Axis of Evil to bring down the US of A with EMP blasts, toxic zombification gas and an unleashing of the ultimate undead killing monstrosity — the Z-REX. When a hot-wired militia squad and a crew of college hipsters are thrown together to do something about it, chaotic Predator-Thunder action runs amok.”