Goddess of Love – Venus Stares into Madness with this “Horsehead” Clip 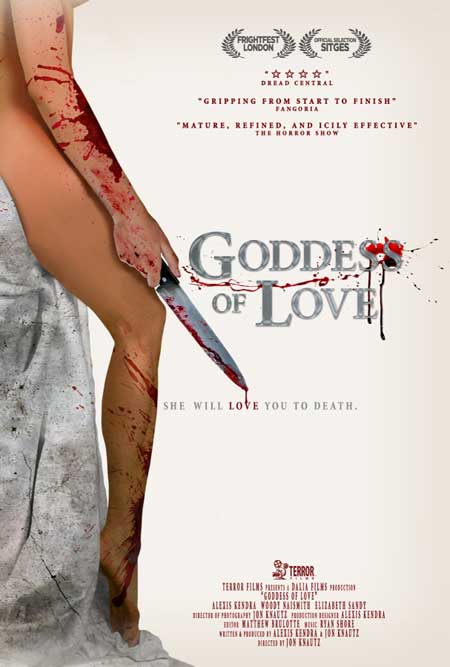 Since the release date announcement just last week, the company has added YouTube and Vimeo On Demand to the film’s digital platform release. News on additional platforms, DVD and even a possible TV debut will be announced at a later date.

The story centers on Venus (Alexis Kendra), a lonely and eccentric woman, who meets Brian (Woody Naismith), the man of her dreams. A sexually fueled, passionate relationship begins but as time progresses, that wonderful honeymoon-phase dissipates. Brian breaks things off when his old fling, Christine (Elizabeth Sandy) comes back into his life. Completely destroyed, Venus begins a downward spiral into madness as she acts out her twisted fantasies of love and revenge.

GODDESS OF LOVE was an official selection at Film4, FrightFest and the Sitges International Fantastic Film Festival. The film stars Alexis Kendra, who also co-wrote and produced the film with director Jon Knautz. The film also stars Woody Naismith and Elizabeth Sandy.

For more information on Terror Films, go to: www.terrorfilms.net