Featuring More Than 15 Minutes Not Seen in Theaters 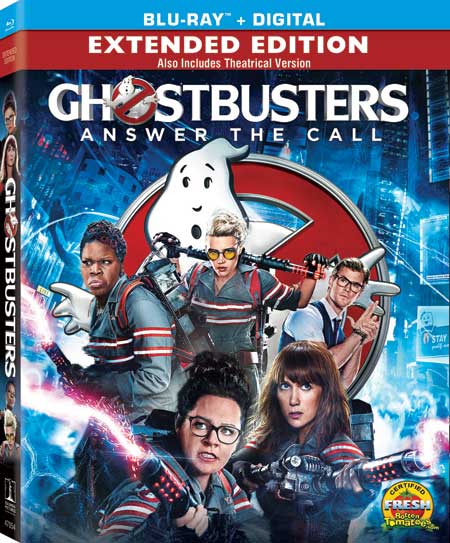 The EXTENDED EDITION Blu-ray and digital releases come loaded with both the extended edition and theatrical version of the film along with an incredible treasure trove of bonus features, including 15 deleted, extended and alternate scenes, gag reels, filmmaker commentaries, plus more than 60 additional minutes of extended and alternate scenes available with Ultraviolet download.  Five featurettes give fans an inside look at the supernatural visual effects, the “making-of” the ghosts from the film, an in-depth insight into the team’s look, attitude and weaponry, as well as the casting of Chris Hemsworth as the Ghostbusters’ new favorite receptionist.   See loads of outtakes with six Jokes-A-Plenty alternate take reels and get an inside peek at how the set was slimed including a recipe to make your own slime at home!

In addition to hours of special features, the Blu-ray release has been customized to give the ultimate in-home viewing experience.  Using a dynamic frame break effect, you will see proton streams and ghosts leap off the screen!  The 4K Ultra HD features four times the resolution of high definition, high dynamic range (HDR)–which produces brilliant highlights, vibrant colors and greater contrast on compatible displays.  Plus, your home theater will be haunted by the stunning sound design with Dolby Atmos audio, remixed specifically for the home theater environment, delivering captivating sound that places and moves audio anywhere in the room, including overhead.

The franchise makes its long-awaited return with Director Paul Feig’s unique and hilarious take on the classic supernatural comedy, led by the freshest minds in comedy today, Melissa McCarthy, Kristen Wiig, Kate McKinnon, Leslie Jones and Chris Hemsworth.  Together they team up to save Manhattan from a sudden invasion of spirits, spooks and slime that engulfs the city.

* Digital Extras only available with iTunes, Vudu and Comcast

GHOSTBUSTERS: ANSWER THE CALL EXTENDED EDITION has a run time of approximately 133 minutes and is not rated.

GHOSTBUSTERS: ANSWER THE CALL THEATRICAL VERSION has a run time of approximately 116 minutes and is rated PG-13 for supernatural action and some crude humor.

Academy Award® is the registered trademark of the Academy of Motion Picture Arts and Sciences. 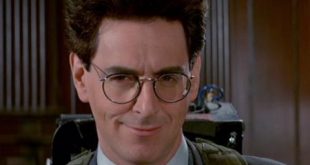