The cast of the upcoming science-fiction actioner Rogue Warrior : Robot Fighter will be at San Diego Comic Con on Friday July 22.

The cast, which features cast members from hits shows and films as “Marvel’s Agents of S.H.I.E.L.D” and The Hobbit trilogy, will participate in a signing at the prestigious Booth 4600 from 6pm.

Rogue Warrior : Robot Fighter, due out later this year, is set in the distant future depicting the overthrow of humanity by artificial intelligence on Earth and other worlds.

Stills and mini-posters (featuring work by the amazing Dave Seeley) will also be handed out!

Check out the new Comic-Con poster for Rogue Warrior : Robot Fighter below! 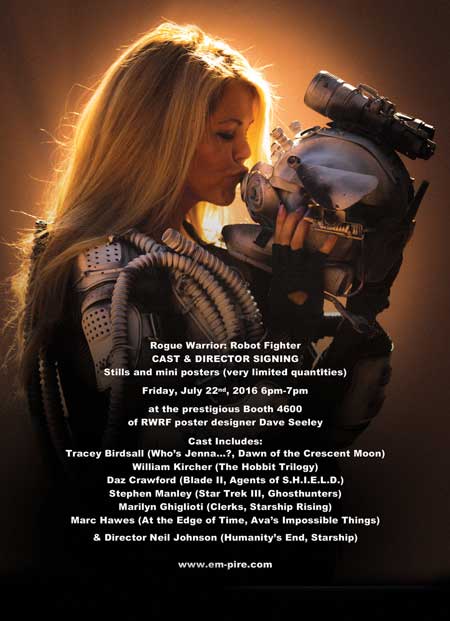