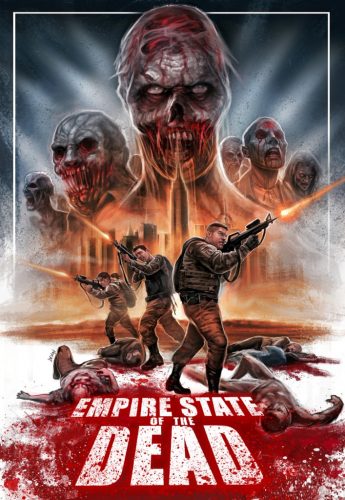 “Empire State of the Dead”, an anthology that chronicles the early days of a zombie virus break out in New York State, begins limited edition Blu-Ray and DVD pre-sales this Sunday night at 7pm EST.  Copies are expected to start shipping right around the movie’s premiere on Saturday May 28th at the Palace Theater in Syracuse, NY.  Leftover copies, if any, will be available for sale at the premiere.

“The recently deceased rise, feasting upon the living as a zombie outbreak spreads across the globe. In Central New York, a small Marine patrol, led by Seargent Ritter, tries to keep order. But while battling the living dead they are also faced with roving gangs going unchecked and entire military units defecting. Amid the chaos, a drug lord named Ray sees an opportunity to rule the new world rising, and he is sabotaging rescue centers and military bases to help further break down the Government’s attempts to restore order. Who will survive when Ritter and Ray finally face off?” 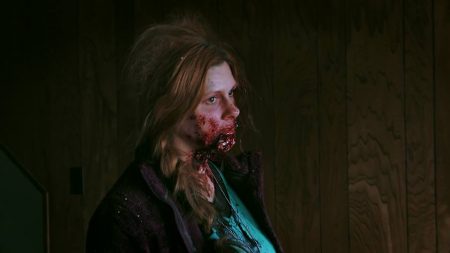 “Empire State of the Dead” consists of 7 short stories produced and set in New York State, all directed by New York State filmmakers. It includes a series of wraparound segments (and one big finale) tying them all together into one epic feature motion picture detailing the early stages of a zombie outbreak.  It was produced by Ron Bonk (“She Kills”, “HI-8”) and Jonathan Straiton (“Night of Something Strange”) and includes segments directed by Alexander Bell, Ron Bonk, Chad Foster, Howard Gromero, Chris Irvine, Stephen Long, Geoffrey Orlowski, Andrew Peters, Matthew Peters, Joshua Reale, David Royal and Jamie Storrs.

Blu-Ray, DVD, both with optional Digital Download code, can be purchased at www.srscinema.com/srsstore/. Check out the trailer at youtu.be/cqyuyfZwB7A

Tags Empire State of the Dead