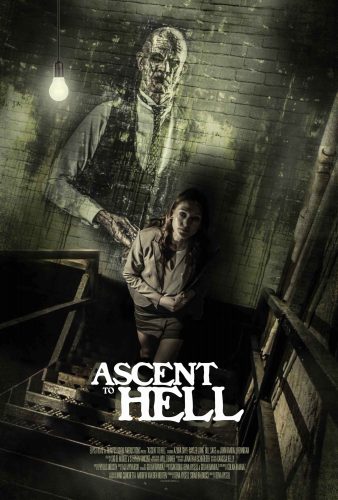 APL Film has acquired the international sales rights to Rumpus Room Productions and Elpis Film’s thriller/horror, Ascent to Hell. The deal was concluded by Andrew van den Houten of 79th & Broadway on behalf of the producers, with Warren Nimchuk negotiating for APL Film. Sales are currently underway at Cannes Film Market. Here is a first look at the international sales key art.

Inspired by the New York Triangle Factory Fire, which left hundreds of female workers dead, Ascent to Hell is a classic ghost story about this former sweatshop and the ghosts that are trying to escape.

Starring Azura Skye (One Missed Call), Bill Sage (We Are What We Are), John Randall Hennigan (aka WWE’s Johnny Nitro) and Cayleb Long, the film was directed by Dena Hysell.

In the story, Kate (Skye), an ambitious commercial real estate agent has her sights set on a big contract, with a wealthy investment manager (Sage). The deal is lucrative, but it is suddenly on the rocks as Kate and Mr. Browning, and the rest of the people involved in the deal must survive a mysterious supernatural trap. In order to escape with their lives, Kate must find the clues to the building’s past.