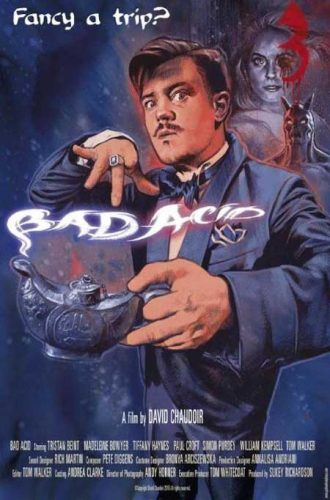 Marvin Maskelyn, a washed up TV hypnotist and magician desperate to recapture his fame acquires a magic lamp and some LSD. His vision of fame is not quite what he anticipated.

Another short film! Today we have BAD ACID, written and directed by David Chaudoir.

Marvin Maskelyn (Tristin Beint) is a washed up illusionist and hypnotist, desperately trying to keep himself in the limelight. Once he was the toast of London but now….well, ol Marvin has fallen on hard times and things just aren’t what they used to be.

He keeps trying though. His long suffering assistant/manager Amanda (Madeleine Bowyer) sticks by him, getting him bookings in crummy theaters and bars. Marvin has lost his touch, though, and the schtick just doesn’t fly anymore. 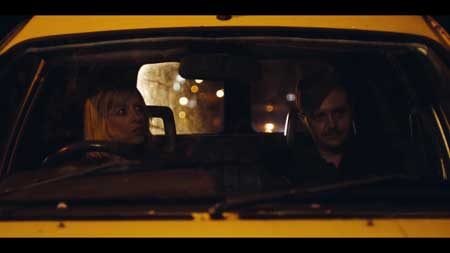 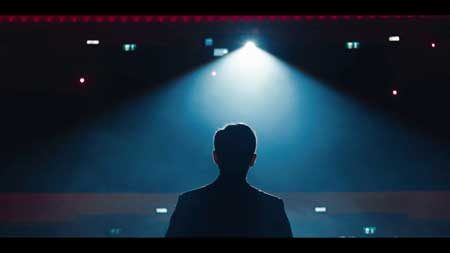 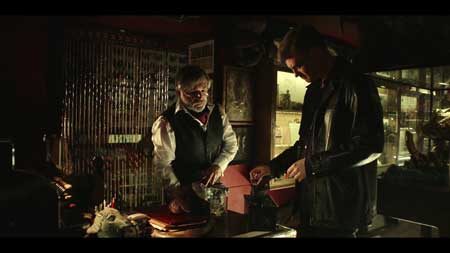 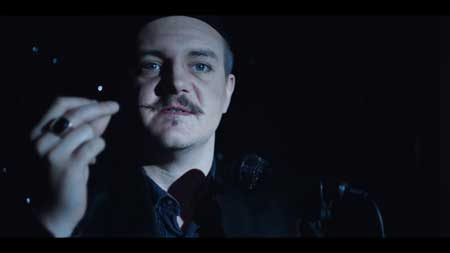 After a particularly disastrous show, Marvin heads to an antique store to talk to an old friend named Milton (Paul Croft). At a recent auction, Milton has come into possession of some props and personal belongings of a dead heavy metal musician. Not worth much really, but there’s a big fat tab of acid inside one of the jewelry boxes. Score!

Although he should really know better, Marvin decides to drop this tab. Probably should have thought that through a bit more, Marv.

This film was crowdfunded on Indiegogo, raising the total budget of £13,000.

And the money was well spent, by the way. Production quality on this film is excellent.

Mr. Beint may be known to fans of british television, specifically EASTENDERS.  Most recently he appeared in THE DAY OF THE DOCTOR (Doctor Who 50th anniversary special). Ms. Bowyer is also an EASTENDERS alumni.

In the audience of the magic show, you will see Daniel Eghan (ROGUE ONE:A STAR WARS STORY, DOCTOR STRANGE), Joy Isa (LEGEND OF TARZAN THE CONJURING 2), Jo Wheatley (NOW YOU SEE ME 2) and probably even more.

This film is really fun. Not only is it high on production value, but story wise it would be totally at home in one of the old anthology horror tv series like HAMMER HOUSE OF HORRORS or TALES FROM THE DARKSIDE.

So using my special short scale of one to five, five being awesome, I’m giving this film 5 magic lamps.