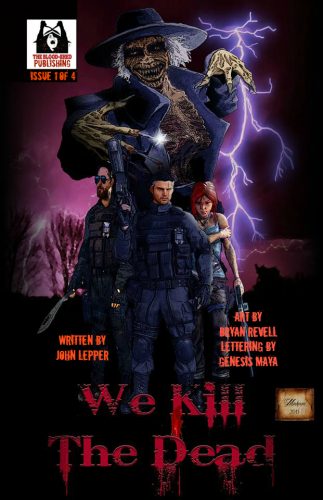 Written by TheBlood-Shed owner John Lepper and with art by Bryan Revell, We Kill The Dead is a horror comic made as a love letter to the slasher genre.

Slashers are real and it’s the job of the Supernatural Special Tactics Bureau to deal with them. These men and women are specially armed and specially trained to combat thano-sapiens; killers who are undead or otherwise supernatural in nature. 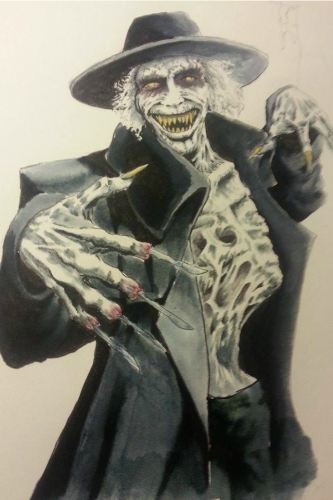 This first 4 issue mini series in a larger universe follows team leader Nathan Scrimm, the mentally deranged but highly skilled Agent Cooper, and newbie Joanna as they combat what may be the organization’s greatest threat yet! Jack the Ripper, the most legendary killer of all time, is back! This demonic killing machine has a vendetta against the SSTB and is evening the playing field with an army of other slashers, all under his necromantic control! Can the team survive the onslaught of this army of the dead long enough to find a way to kill Jack the Ripper for good?

We Kill The Dead is setting a world record for the most separately owned characters crossing over in a comic. We have permission from the creators of 25 slasher villains from real horror films to cameo these unstoppable death machine in our comic book. Leslie Vernon, BBK, Gurdy, Porkchop, Dollface, Jack-O, Stitches, and many more are all in this book, some of them coming back from the dead as supernatural killers for the first time after being killed as humans in the climaxes of their films! 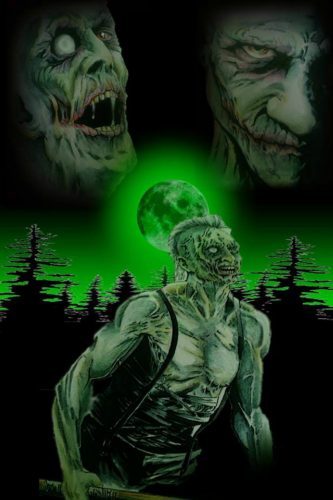 Issue 1 starts shipping to crowdfunding backers and buyers on May 24th but we are currently taking pre-orders as well as offering digital download, subscriptions for the entire series at discount, and signed prints by Bryan Revell.
The store is located at: thebloodshedstore.bigcartel.com

Tags We Kill The Dead