Established special effects make-up artist Hayley Tinline seeks support from horror fans for her first gutsy foray into directing. Hayley has produced the effects for a number of recent Scottish indies including cult hit Lord of Tears and upcoming horror The Unkindness of Ravens. Hungry to tell her own stories using her extensive knowledge of practical effects, she is now turning her hand to directing. 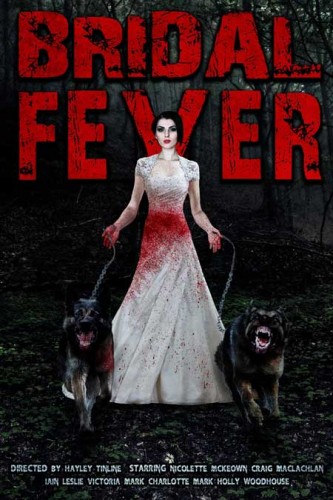 Her debut feature Bridal Fever is an ambitious slasher inspired by 70s classics such as Alice Sweet Alice and Black Christmas with a gritty, grindhouse edge. Hayley plans to use her unique practical effects skill set to devise and create some of the most imaginative and horrific cinematic deaths imaginable. The film, set to begin shooting mid-April tells the story of Lisa, a troubled young woman plagued by cruel memories of a monstrous childhood. Now married, Lisa thinks that she’s finally escaped the seething rage trapped within her…until the moment she witnesses the love of her life cheating with a naive teenage girl.

This is a mistake that husband Stuart may quite literally pay for with his life. The film follows Stuart, his lover and their friends as they explore the ruins of an old children’s hospital. They are not alone, however, and soon find themselves fleeing for their lives in a night of unparalleled violence and mayhem. One by one, the friends are pursued and subjected to an array of unspeakable horrors dished out by our bloodthirsty bride. 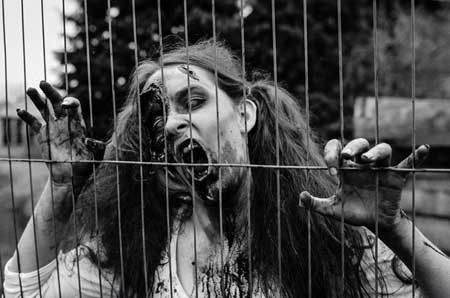 Starring alternative model and actress Nicolette McKeown as the bloodthirsty bride and Craig MacLachlan as the cheating husband, the film will draw on some of Scotland’s finest upcoming film talents thanks to Hayley’s connections in the industry. ‘Folk have really rallied around the project. I’m very lucky to have so many talented people working to make this low-budget indie something special. I can’t wait to get this twisted nightmare of a story onto the screen!’

The film will be the latest in a flurry of indie horrors to come out of Scotland such as Grant McPhee’s Night Kaleidoscope and Lawrie Brewster’s The Unkindness of Ravens, both due for release later this year. With much emphasis lately on the lack of women in film, in directorial roles in particular, it’s important that we get behind a project like this, devised and driven by new and ambitious female talent. Hayley and her team are seeking a modest £2500 to pay for the make-up supplies they need to create their gore effects, with Hayley herself putting up the remainder of the film’s budget, so there’s really no excuse not to back this grisly little gem! 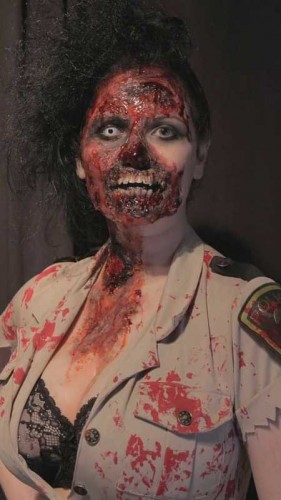 Fun fact: Hayley’s own wedding will take place just a couple of months after the shoot! Hopefully she’s not struck down by bridal fever herself!