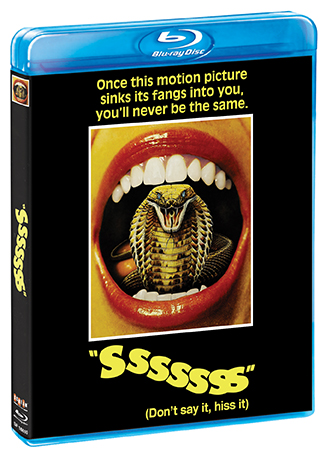 Before Venom, Anaconda, Python, or Snakes on a Plane, there was the seminal snake-centric horror film Sssssss. The story of a mad scientist hell bent on turning humans into snakes and using these hybrids to get revenge on those who have wronged him, Sssssss is every ophidiophobe’s nightmare.  Making its Blu-ray debut April 26th, 2016 from Scream Factory, Sssssss comes loaded with bonus features, including a new interview with actor Dirk Benedict, a new interview with actor Heather Menzies-Urich, a photo gallery, theatrical trailers and more! Fans can pre-order their copies now by visiting ShoutFactory.com

In Sssssss, Strother Martin (Cool Hand Luke) and Dirk Benedict (Battlestar Galactica) star in an eerie tale of a respected snake expert who masks a frightening desire to transmute a man into a king cobra. Realizing that his new lab assistant, David (Benedict), is the perfect specimen, the demented doctor begins administering injections of “immunization serum.” Soon, David begins experiencing strange side effects: his skin is shedding while his body shape is changing. But before he realizes the horrible truth, the metamorphosis from human to serpent has begun. This thriller, directed by Bernard L. Kowalski (Attack of the Giant Leeches), also stars Heather Menzies (Piranha) and Reb Brown (Howling II and TV’s Captain America). 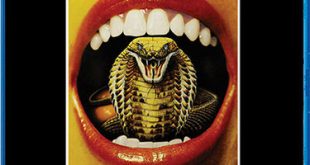