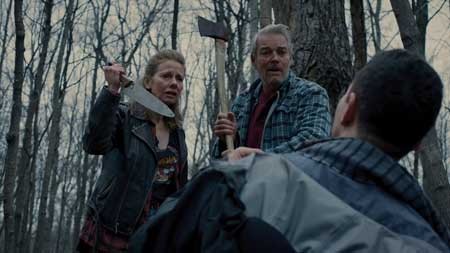 Two friends try to survive an encounter with a couple of backwood cannibals.

I’ve made mention before of how much I really enjoy Candian horror films, and this one is no exception. It’s pretty straight forward, doesn’t waste any time, and gives us a pretty complete story in the short run time.

James (Matt Keyes) and his friend Colin (Alex Weiner) are in the middle of nowhere, but with a purpose. They are searching for a house where they are supposed to be meeting people, for one of them for the very first time. They seem to be lost, wandering around looking for the cabin. They find it, but boy howdy….. 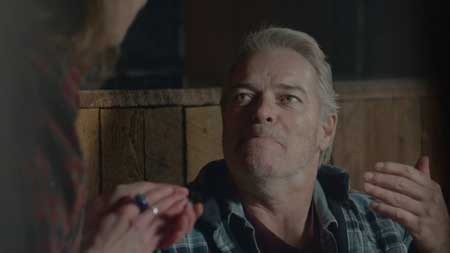 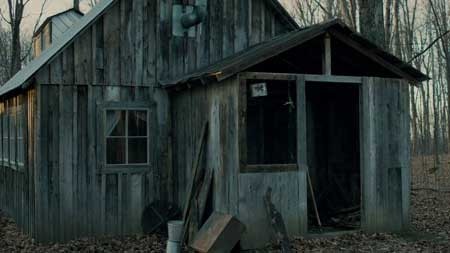 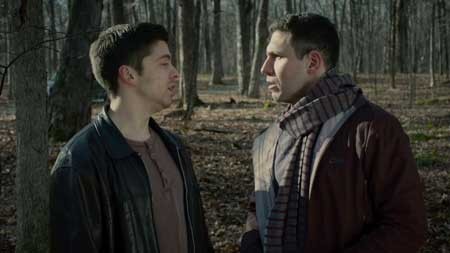 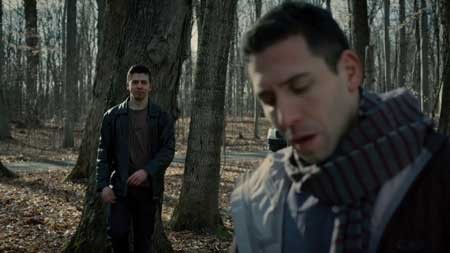 Yea not much I can really say that won’t spoil the story, I mean the synopsis pretty much tells you what you need to know. There is a very small cast, but everyone is really good in it. Nice locations, and some not-too-shabby effects.

I will make one note – there is a short cameo appearance in this film by Mike Krupa. I recognized his name, and once I went back over my notes I realized I reviewed a film he was in called THE WILD HUNT. So interesting connection there.

Anyway, using my special short scale of one to five, five being awesome, I’m giving this film 4 owls.