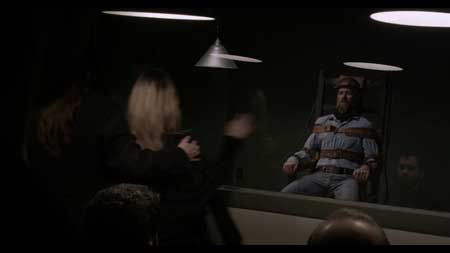 AND THEY WATCHED is a horror morality tale about the custodian of an electric chair and its last casualty. Inspired by the recent reinstatement of the electric chair in Tennessee, US

Short films, kiddies. I love these things so much. Today’s selection is AND THEY WATCHED, a candian short from Midnight Print Pictures and writer/director Vivian Lin.

The story focuses on the custodian of the tool of justice, in this case an electric chair. Seems like a pretty morbid job to have, but our man seems to take a level of pride in it. He carefully scrubs the wrist cuffs, and cleans all the burnt bits out of the head brace. Even takes special care to make sure the observation window is pristine for the viewing pleasure of those who come to witness justice in action. 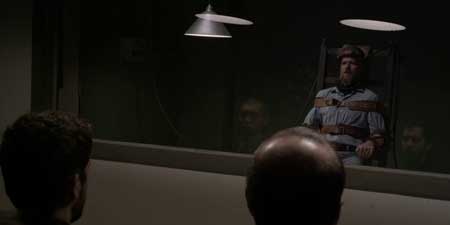 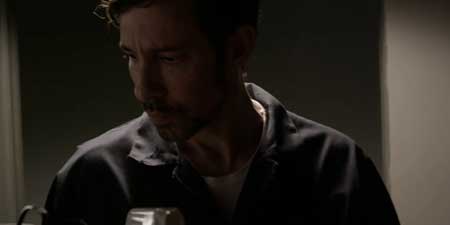 But this day will not end well for our seemingly innocent young janitor. Seems there are those who object to the Tool of Justice, and our man is about to become witness to their complaint…whether he likes it or not.

Fascinating to me that this film was inspired by the return of the use of the electric chair in the United States. I’ve said it before – Canadian filmmakers have a very interesting view of the world. So many amazing short films have been coming out of Canada, and this one is no exception.

There is only one real character, that is our nameless custodian played by John Cianciolo. Not a lot of dialogue, but visually stunning, well acted, some pretty gruesome effect work, and a powerful statement overall.

If I am to be honest, the film is a bit disturbing. And some viewers may be disturbed by it for different reasons. That is to say, we may not all agree with the filmmaker by the end.

But it’s quite good. I would definitely recommend watching it at least once. If nothing else, it will make for some lively conversation afterwards.

So using my special “short scale” of 0ne to five, five being awesome, I’m giving this film 4 chairs.

Tags And They Watched Vivian Lin