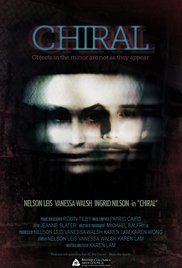 Another Canadian short film today, kiddies. Today we have CHIRAL from writer/director Karen Lam. This film won best short subject at Monsters of Film Sweden and was an official selection at Blood in the Snow Canadian Film Festival.

Gallery owner Hank (Nelson Leis) is opening his brand new space. He’s a bit nervous, as one would imagine. His supportive sister Astrid (Ingrid Nilson) helps prop him up and keep him relaxed enough to enjoy this moment of success. 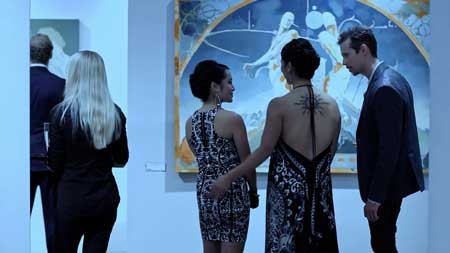 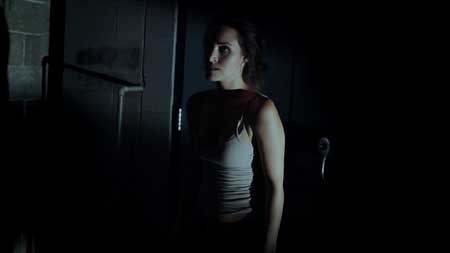 Hank has an opportunity to sell a piece to a pair of visitors, so he hands off his precious tablet to Astrid and begins his sales pitch. But Astrid is careless with this very important piece of technology. The tablet, containing all of Hank’s business contacts and artists and sellers, is swiped from the bar by a girl in a grey hoodie (played by Vanessa Walsh).

Hank sees her slip out the door and takes off in pursuit, chasing her down into an alley and cornering her to try and get his electronics back. So he has a young woman cornered in a dark alley, demanding a piece of technology. That won’t look weird to anyone passing by, right? 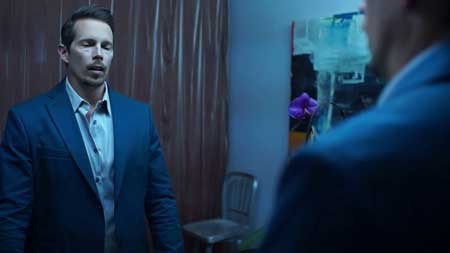 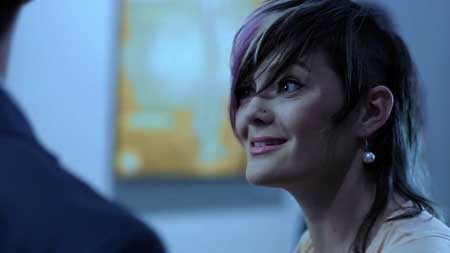 This is an odd film. The title, by the definition of the word, actually tells you everything you need to know. I will not give you that definition. But the film does that for you…right at the beginning. By the end of the film, it all makes sense. Sort of.

This is high concept stuff, and is a little confusing. I watched it twice to make sure I understood what I was seeing. That is not anything against the film. I feel a short film has the unique opportunity to make the viewer have to think about things, and this film does that in spades.

I liked it. Worth watching.

So using my special “short scale” of one to five, five being awesome, I’m giving this film 4 tablets.