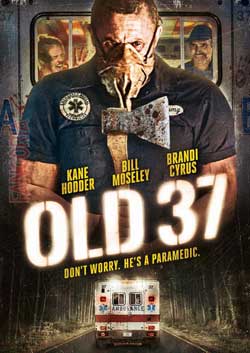 Two demented brothers with an old ambulance pose as paramedics and go on a killing spree in a small town.

I went into Old 37 with pretty high expectations. I mean come on, not only do we have a pretty interesting premise, but we also have genre legends Kane Hodder and Bill Moseley playing a pair of insane brothers who enjoy slaughtering people. Sounds pretty cool, huh? Yeah, I thought so too but after I started watching it I realized that as much as I wanted it to be awesome it just wasn’t for a number of reasons. It wasn’t a horrible film and it did have its moments but overall I just felt underwhelmed by it and it seemed to be lacking something that I just can’t put my finger on. I enjoyed it for the most part but at the same time I couldn’t help but feel that it could have been a whole lot better considering the people involved (not that I blame Hodder and Moseley as they both did an outstanding job as usual).

One of the things that worked for the movie was the premise. I liked the idea of the brothers posing as paramedics and then showing up to kill the unsuspecting victims who called 911. In reality it would be one hell of a horrible scenario to find yourself in if you think about it. Here you are, involved in a terrible automobile accident and when the paramedics finally arrive to help you they end up killing you instead.

I know that I sure as hell wouldn’t want to find myself in such a situation and there is just something about it that is a little unnerving if you ask me. I mean you’re already shaken up after being involved in the accident and the last thing you need is two scary dudes showing up under the pretense to help you only to kill you moments later. It’s sort of like being very sick or injured and going to the doctor only to have him or her try to stab you in the face as a result. I really dug the premise and thought that it was one of the best things about the movie because in reality it could potentially happen and doesn’t seem that far-fetched. Let’s face it, there are some pretty sick and demented people out there in the world and I could see someone eventually doing the same thing that the brothers did in this film (sort of makes you think twice about calling 911 now, doesn’t it?).

I also appreciated the fact that the movie is pretty bloody and even though it doesn’t have a huge body count the death scenes were fun for the most part. We get a mixed bag when it comes to the death scenes including people getting chopped up with various tools and weapons and someone getting set on fire at one point.

I also liked that most of the gore effects were practical and looked pretty decent for the most part. My only real complaint in regards to the death scenes was that there just really aren’t that many. We only get a few of them and while they are all pretty cool I was hoping that more people would die before the end credits started to roll. I would definitely consider this film a slasher flick but have to say that I was a little let down by the relatively small body count. I think that it definitely would have been a benefit to the film to have at least a few more bloody death scenes in it and this would have helped me enjoy things just a little bit more. 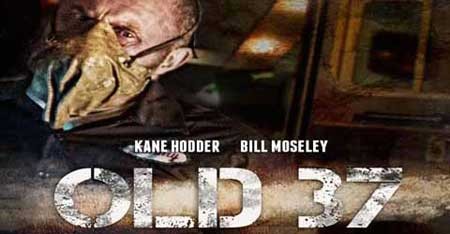 Even though I liked Hodder and Moseley’s characters I have to admit that I was a little confused as to why they felt the need to do what they do. We get some weird flashback scenes from time-to-time involving their dad (who also used the same method to kill people back in the day while they were growing up) but they seem a little disjointed and out of place. I mean I get that they are demented because of their father but I just don’t think that these flashbacks really worked and could have been used at a minimum or taken out of the equation entirely as they really don’t add anything to the overall film. 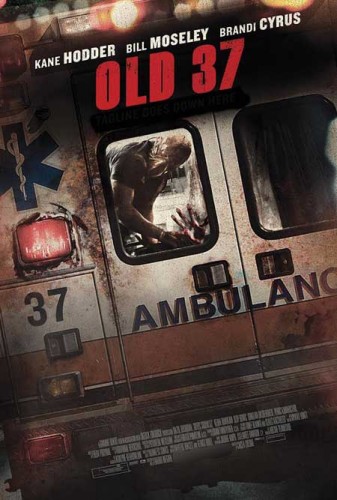 I would have been perfectly content without them having any sort of back story and think it would have worked better had they just been a couple of kooks that liked to kill people without trying to explain why they were motivated to do so. I’ve always said that you don’t have to try to explain everything and this is a perfect example of that as I think giving the brothers any sort of back story sort of took away from their characters more than anything else.

Other than Hodder and Moseley’s characters I really didn’t care for any of the other characters that appeared in the movie. The biggest majority of them were annoying and unlikeable and I wasn’t too broken up to see them all get killed off. As much as I wanted to like the main character Amy (Caitlin Harris) I just couldn’t. I didn’t care about the unnecessary subplot involving her getting a boob job and dying her hair because it pretty much went nowhere and was pretty much pointless (was it put in to just pad out the running time or what? I certainly think so). In addition to being unlikable the other characters were also just pretty forgettable in general (I honestly am struggling to remember any of their names as I write this review and I just finished watching the movie if that tells you anything). I thought that they were just a bunch of bad stereotypes (such as the bitch, the studly guy, etc) and none of them really stood out or had any sort of impact on me whatsoever.

I didn’t hate Old 37 but I don’t know if I will be in a hurry to watch it again anytime soon. While there were some things I did like about it there were also others (such as the abrupt ending that just seems to come out of nowhere) that I wasn’t so crazy about (apparently director Christian Winters wasn’t so thrilled with the final cut either as he is credited as Alan Smithee). If you are bored and don’t have anything better to do check this movie out but don’t expect it to become your new favorite film of all time.