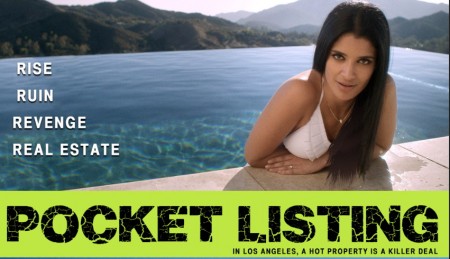 A darkly comic, modern-day film noir set in glamorous Los Angeles, follow the rise and fall of a hot-shot broker named Jack, as he starts off at the top of his game but winds up as a downtrodden slumlord of a poorly maintained tenement. His only saving grace is a friendship he develops with a young teenager named Billy, who helps him manage the place, keeps him company, and still makes him feel worthwhile. After a lien is set on the Downtown building and Jack is given a 30 day deadline, he springs back into action and tries to land an under-the-table, fast-paying gig.

In comes Lana, a seductive mystery woman who makes him an offer he can’t refuse: the chance to quietly market and sell a prime-time Malibu beach house, which at first seems like an easy deal to close but turns out to be much more than expected. Jack soon discovers that Lana’s husband, a power player oil tycoon named Hunter, is involved in shady operations which could jeopardize not only the house sale, but Jack’s life as well.

With time running out and predators lurking at every corner, Jack is forced to resort to desperate measures to survive in a world where nobody is who they seem and closing a deal can literally be a matter of life and death.

“…an amazing piece of work” – The Acme Blog

Pocket Listing will be available to purchase from JB HI-FI and other major retailors from the 23rd of March 2016 and available from streaming from Bigpond Movies, Fetch TV and Vimeo on Demand.