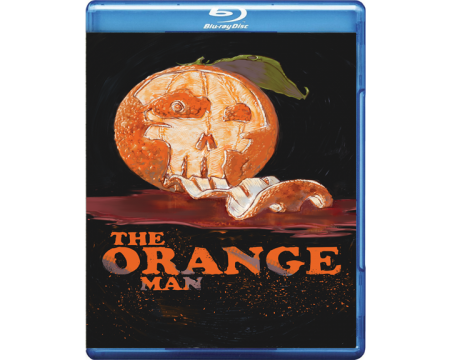 A group of middle aged friends go on a camping trip, only to be hunted down by a sadistic maniac who’s weapon of choice, is oranges.

In 1987, Peter Walkins, a disgruntled door to door orange salesman brutally kills his first victim. Twenty-seven years later, land developer Gerald Johnson is acquiring an orange grove. Just served with divorce papers, he convinces his quirky friends (WILBUR, REGGIE, JIMMY) to join him on a fishing trip to clear his mind and finalize his business transaction. Unbeknownst to him, his soon to be ex-wife DEBORAH and her boyfriend ROGER will be vacationing in the same location. The following day, the group arrives at a quaint and secluded cabin. It’s not long before strange noises in the night start to get the attention of Reggie, Gerald’s wheelchair bound friend and the only one with any common sense. Gerald, thinking it’s nothing, brushes his friends concerns aside. Soon, Reggie’s fears are confirmed when he catches a glimpse of the ‘Orange Man’ while fishing. As the plot thickens, the Orange Man slowly and methodically begins picking them off one by one, utilizing his prosthetic hook hand and a sack of oranges. The Orange Man wants everyone to have a taste.

The Orange Man was written and directed by Stephen Folker.

The Orange Man is now available from LeglessCorpsefilms.com in a limited edition BluRay (numbered to 100) and standard edition DVD. 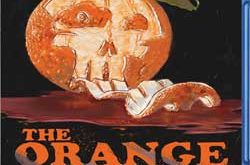