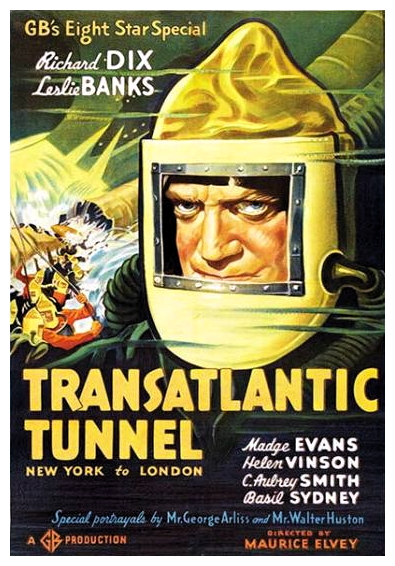 SYNOPSIS:
“An engineer is hired to plan and oversee the construction of a undersea tunnel between Europe and the US. However, certain interests don’t want to see the tunnel built and use every means at their disposal, including sabotage and murder, to stop its construction.” (courtesy IMDB)

REVIEW:
During the early thirties, German filmmakers seemed desperate to devise effective ways of travelling to America. After establishing a floating platform in the middle of the Atlantic Ocean as a way-station for aircraft in F.P.1 Doesn’t Answer (1932), they devised a tunnel linking Europe with America in Der Tunnel (1933). This obsession with reaching America was probably an unconscious reflection of the fact that many German filmmaker knew they really be making the journey sooner or later, either lured by Hollywood promises or to escape the Nazi menace. Curiously, the official reason for building the tunnel in the film was for the promotion of world peace. Directed by Kurt Bernhardt and scripted by Kurt Siodmak, based on a novel by Bernard Kellerman, Der Tunnel was of a very high standard technically but, once again, the actual story left much to be desired. 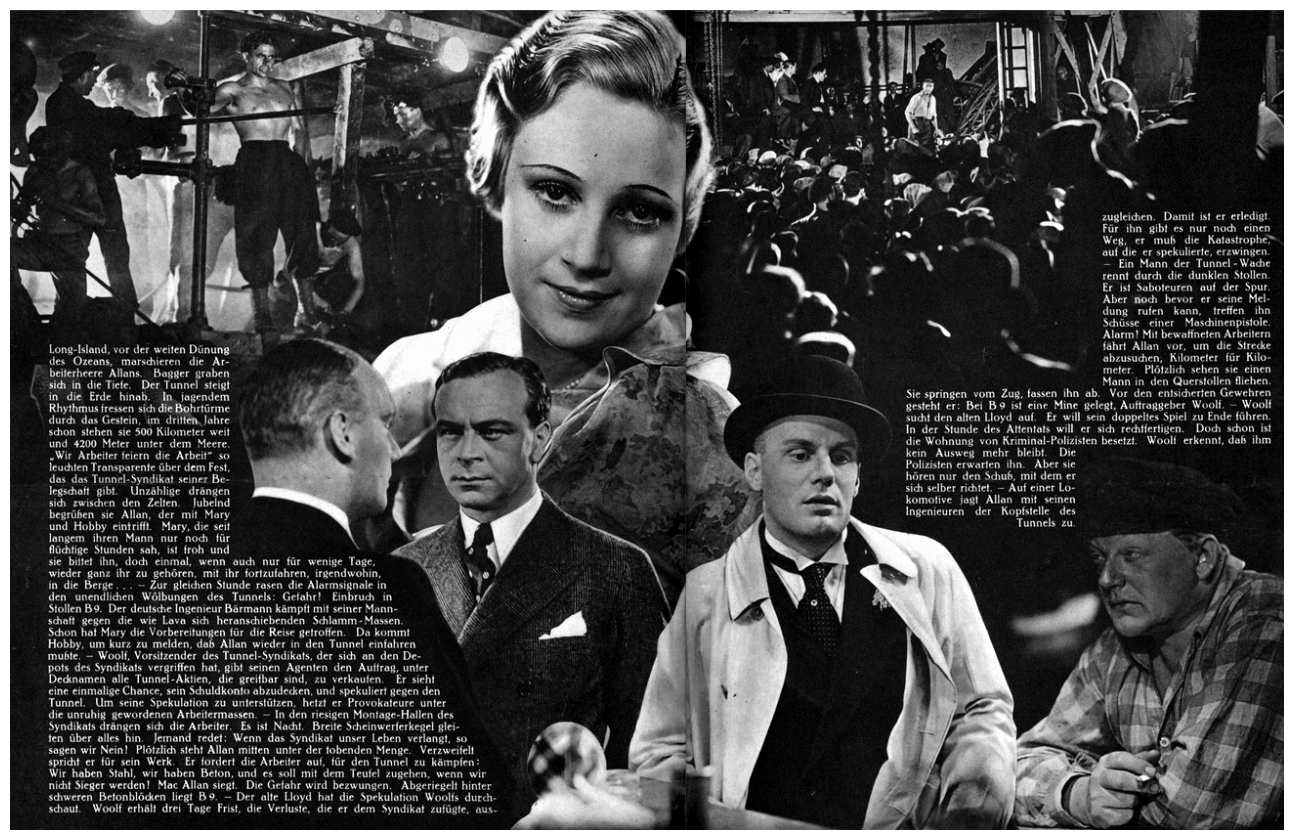 The various natural disasters that occur during the excavation of the tunnel – cave-ins, floods, volcanic eruptions – are realistically staged (the film’s associate producer was killed during the shooting of one such sequence) and far superior to the British version of the film the following year. Called The Tunnel (1935), also known as Trans-Atlantic Tunnel, was directed by Maurice Elvey, who had made High Treason (1929), and scripted by Clemence Dane and L. Du Garde Peach from Siodmak’s own adaptation of his German screenplay. Though it lacked much of the spectacle of the German version it it followed roughly the same story, the one big difference being that the European end of the tunnel was now sited in England, which makes the new reason for building the tunnel (to establish a permanent peace between the English-speaking nations) even more difficult to understand. 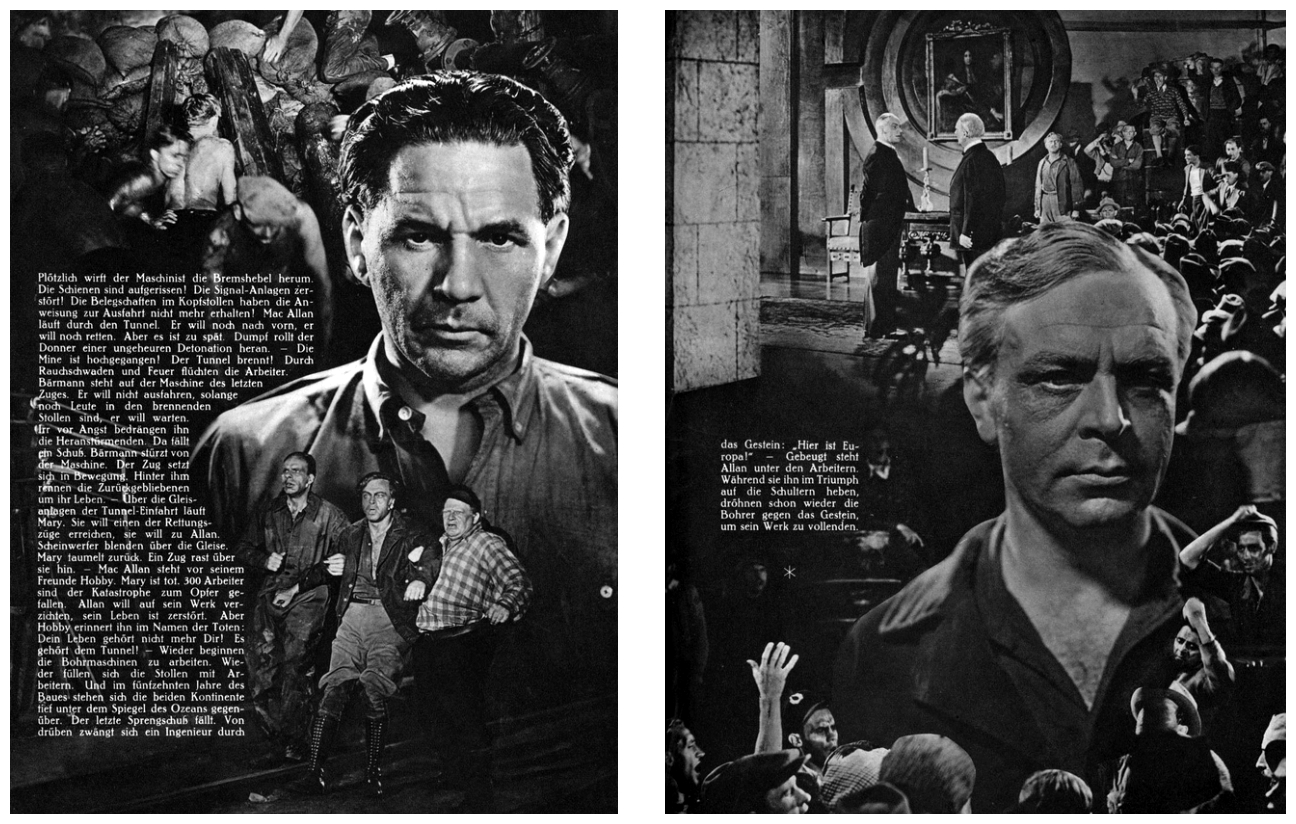 Set vaguely in a future world that has Skype but whose people still wear clothes from the early thirties, it concerns a young engineer named Richard McAllan (Richard Dix), whose one burning ambition is to see a trans-Atlantic tunnel built. The richest man in England, Mr Lloyd (C. Aubrey Smith), helps him to realise his vision. McAllan is so preoccupied on the tunnel so much that he begins to neglect his wife Ruth (Madge Evans) and their young son. Called to America to create public interest in the project, he is photographed for the newspapers with Lloyd’s beautiful daughter Varlia (Helen Vinson), who is secretly in love with McAllan. When Ruth sees the photographs she gets upset but bravely attempts to take her mind off her grief by volunteering to work as a nurse in the tunnel. Things really start to go downhill when she is blinded by ‘tunnel fever’ (not to be confused with tunnel vision). She therefore retires to a country hideaway but McAllan thinks that she has deserted him, and throws himself more totally into his work. 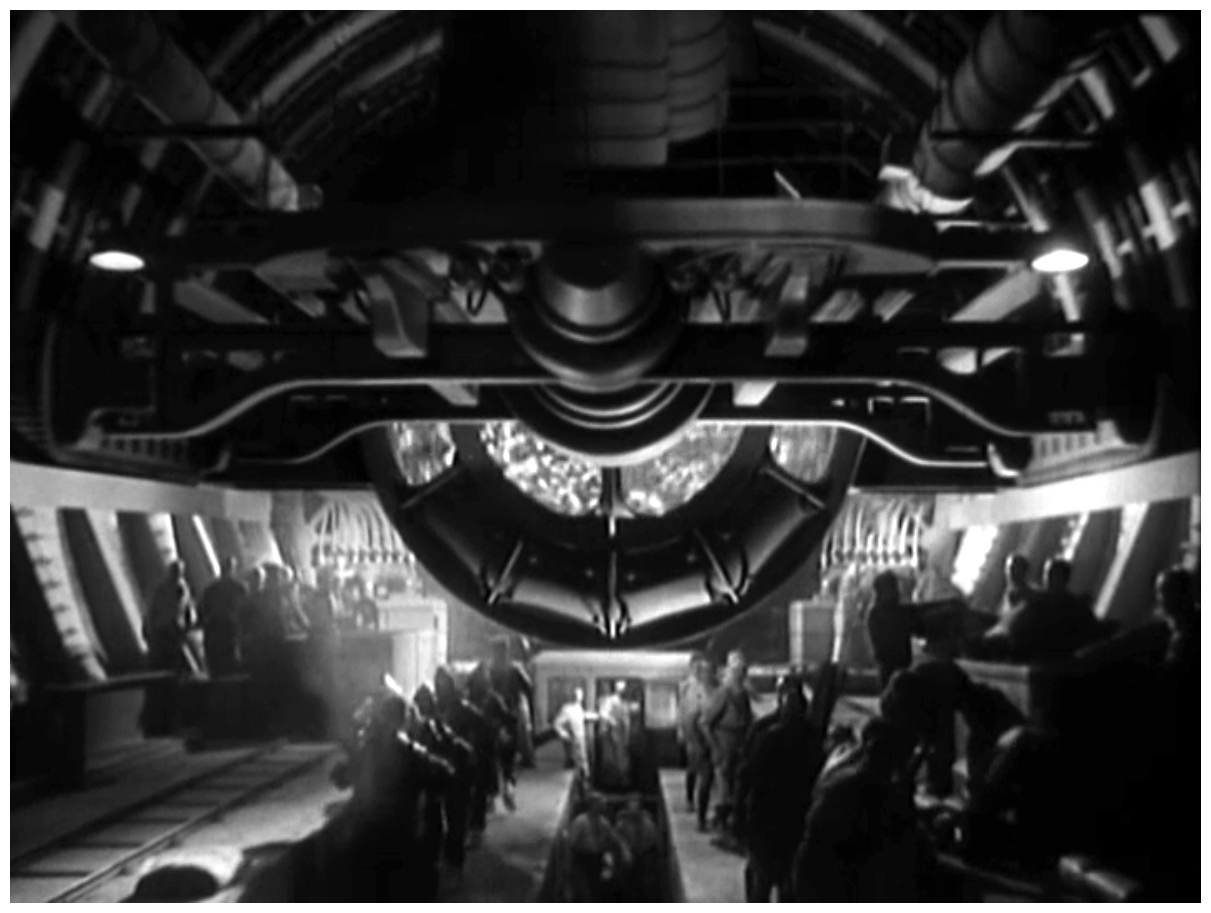 The years pass by. Though the cost of the tunnel in lives and money continues to mount, the British Prime Minister and American President eagerly anticipate its completion and the unity and peace they promise it will bring. Ruth lives in the countryside with her now-grown son Geoffrey (Jimmy Hanley), who lobbies Robbins to find him a job working in the tunnel. The tunnel itself is nearing completion, but the workers encounter a subterranean volcano that requires a detour. McAllan needs more money to establish the detour, but is opposed by Grellier (Henry Oscar), an arms manufacturer, and Mostyn (Basil Sydney). The two men had earlier manipulated the stock market to become the controlling shareholders in the company. Lloyd suspects that Grellier and Mostyn intend to use the delay to depress stock prices again, and this time gain total ownership of the tunnel, but Varlia convinces Mostyn to fund further construction by promising him the one thing he has always wanted – her hand in marriage. 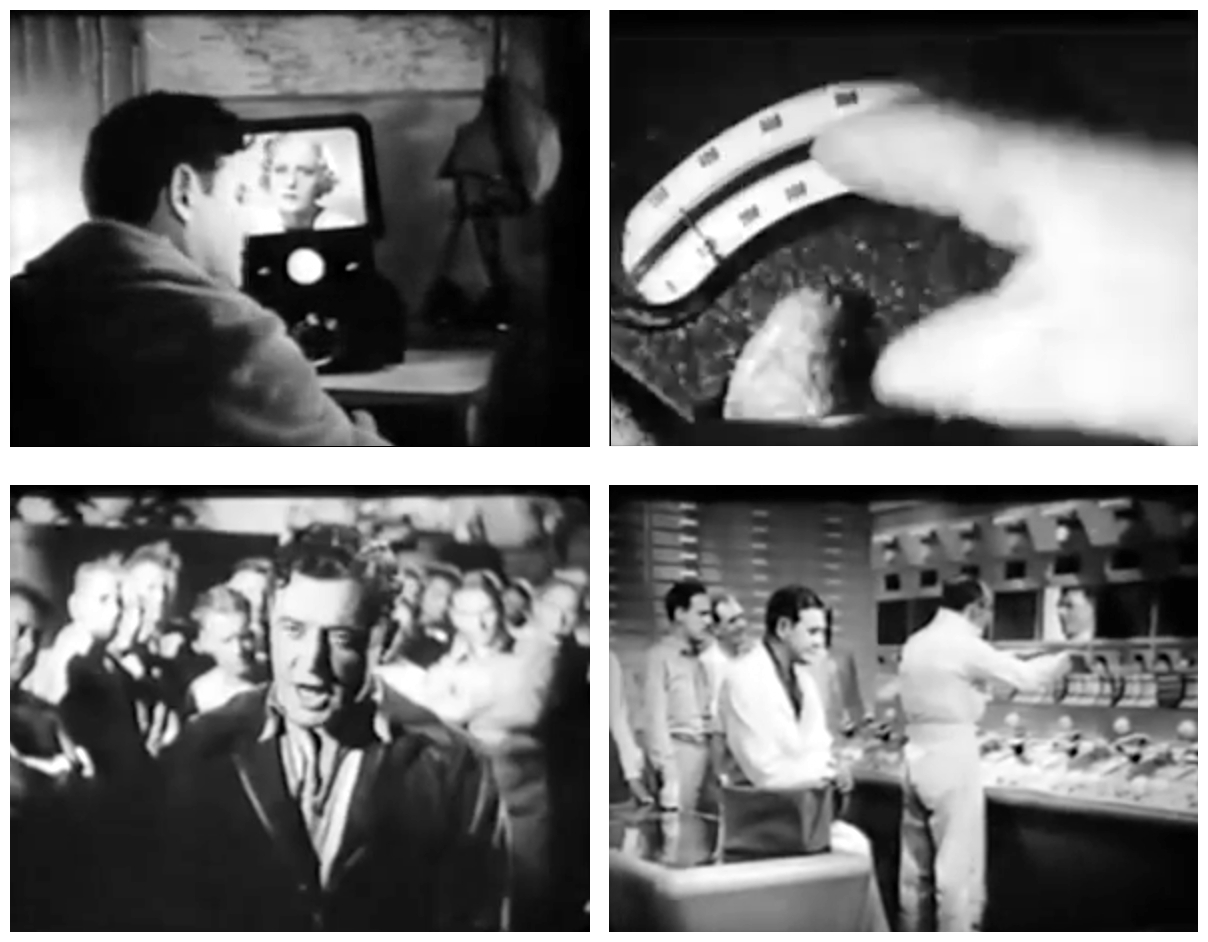 Although the project goes forward, Grellier has Mostyn assassinated for backing out of their deal. Despite the renewed effort, samples indicate the volcano may be too large to drill around. The drill breaks through to volcanic gases that kill hundreds of workers, including Geoffrey. The project seems on the verge of collapse. Determined to see the project through and fortified by the reappearance of Ruth (who came to the tunnel site to discover Geoffrey’s fate), McAllan vows to press on. Finally the last few metres of rock are blasted away and the English tunnellers link up with the Americans (in fact a card appears after the opening credits stating: Gaumont-British Picture Corpn. Ltd. were fortunate in securing the services of Mr. George Arliss and Mr. Walter Huston for the parts of Prime Minister of Great Britain and President of the United States.). 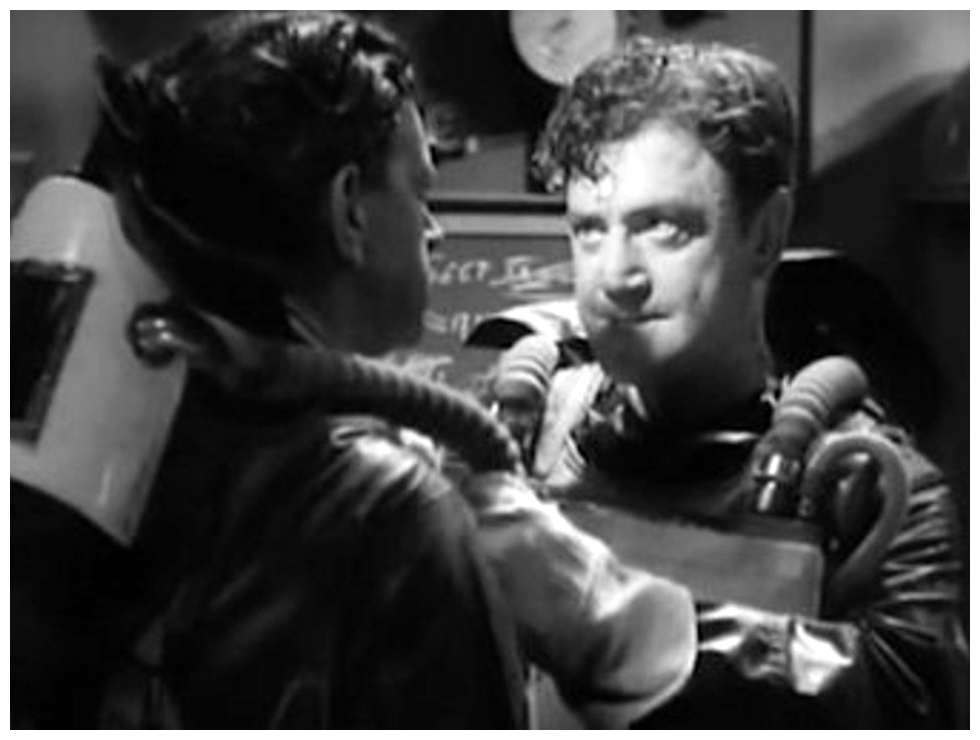 Critics at the time of the film’s release, while appreciating the special effects created by Philippo Guidobaldi, Jack Whitehead and A. Stroppa, were not taken with the script nor the costumes (pointing out that even though the events spanned two decades, fashions did not change in the slightest). Unfortunately, almost everything good about Trans-Atlantic Tunnel happens during the special effects, but I hope you didn’t find the melodrama too tedious though, because I look forward to enjoying your company seven days from now, to continue our eternal quest to find the schlockiest film in the entire universe for…Horror News! Toodles! 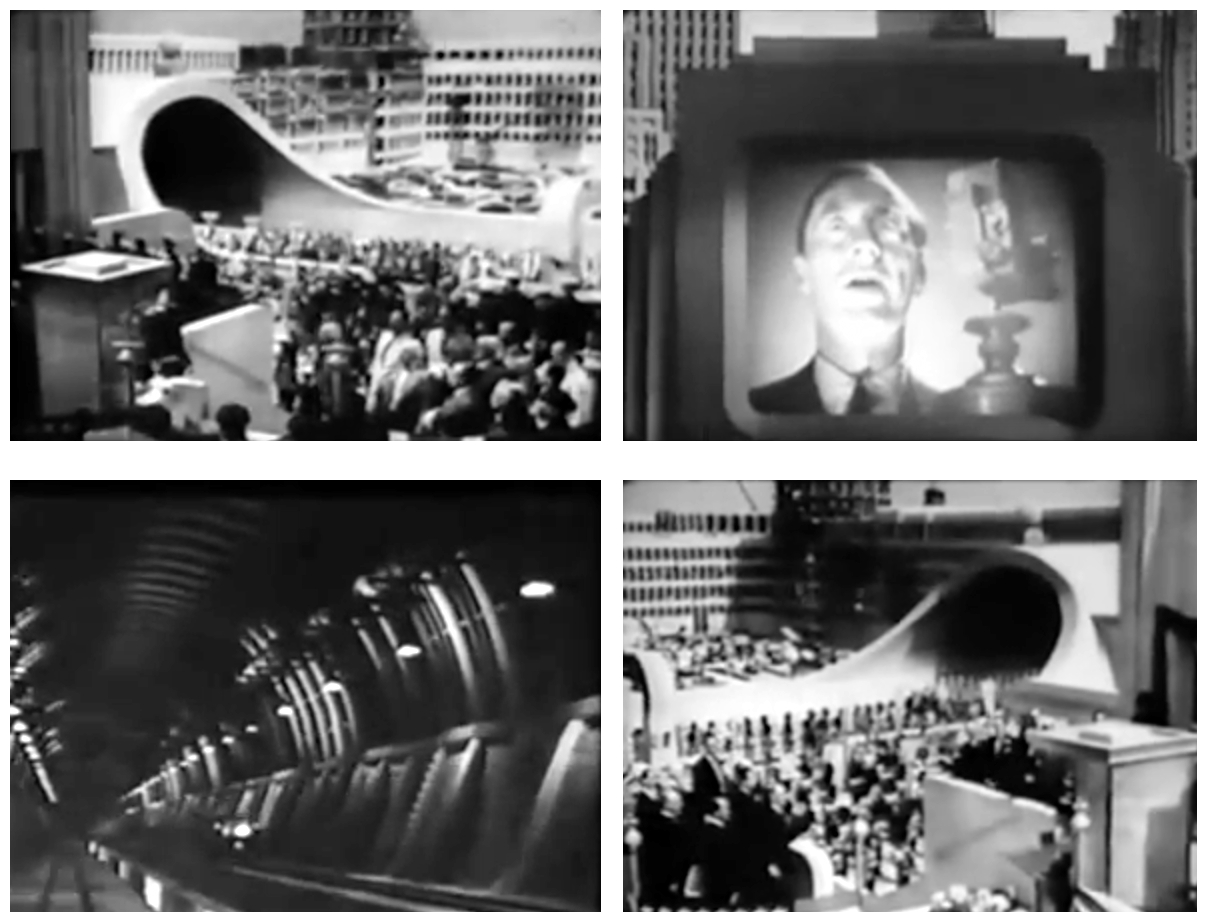 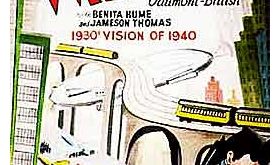