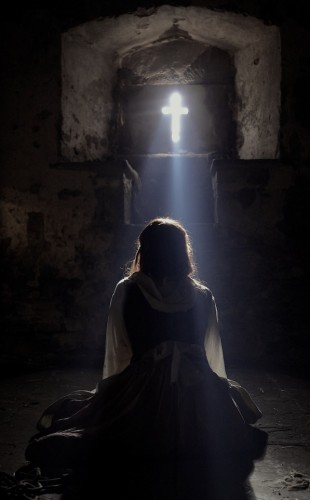 Set during the 17th Century, a young woman is saved from execution and led to a priory to repent her sins but discovers a greater evil lies within.

Director and co-writer Paul Hyett: “Being a lover of classic British horror for years I’ve been wanting to give a classic period tale a modern, harder, stylish edge. Heretiks is the perfect vehicle to do this. It’s both a richly-layered medieval character piece and a wonderful chance to showcase the latest in visual effects and contemporary cinematography while being blessed with some of my favourite actors”.

Producer Michael Riley: “Paul and I have known each other for years and having recently collaborated successfully on The Seasoning House (and still actually speaking to each other) I wouldn’t want to miss helping to bring his extraordinary vision to life”.

Producer Marcia Do Vales: “I have no doubt that Heretiks will be one of the most thrillingly entertaining and downright creepy movies of 2016. The script has twists and turns that will keep the audience on the edge of their seats all the way to the closing credits. It’s been a real privilege to work with Paul Hyett, Michael Riley and Templeheart Films on a production that promises to set a new benchmark for the genre.”

The movie will be executive produced by Lyndon Baldock (Templeheart Films) and Gary Collins (Red Rock Entertainment) and produced by Marcia Do Vales (EnMar Productions) & Michael Riley (Sterling Pictures) for delivery in 2016.