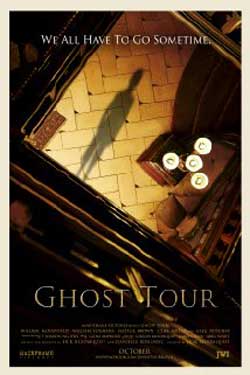 November 30, 1973: After the final ghost tour at a museum with a legendary dark past, veteran docent Richard Sawyer experiences his first real encounter with the paranormal.

Our story takes place in the fall of 1973. Curator Richard Sawyer (William Bloomfield) is guiding the very last tour group through the long-closed Clemmons School for Boys. Seems the building has lost it’s historic status and is scheduled for demolition the next day.

There is a tragic backstory to this beautiful old building, one that only Richard and his brother William (William Youmans) truly know. The final group of tourists wish Richard well as they leave, but the night has only begun for our caretaker.

Filmed at the Mark Twain House & Museum in Connecticut (a fact that is not-so-subtlety alluded to throughout the story), the setting is quite lovely. I have a soft spot for old buildings. The location is featured quite prominently in the film and very good use is made of it. Great production quality, appropriate score by Gyom Amphoux, beautiful cinematography by Thompson Nguyen, and a really talented cast make this a great ghost story for all ages.

No gore. No guts. No foul language. Just a classic, straight forward tale. This is a fun little film that wasn’t exactly what I expected.

Using my special “short scale” of one to five, five being awesome, I’m giving this film 4 journals. 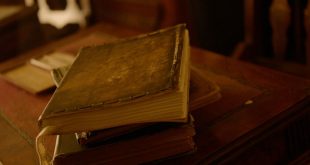