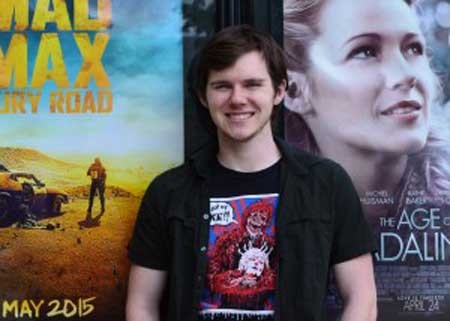 First off, please share with us how you became involved in this project?

As a writer for theblood-shed.com that mainly that specializes in small, independent cinema, I noticed a lot of these great films weren’t receiving the recognition they deserved. In particular, the cult classic Street Trash, one of my favorite movies of all time, is largely unknown to everyone but hardcore Horror fans ,and even some of them are unfamiliar this vintage masterpiece. I talked to my friend and colleague Kristopher Upjohn A.K.A The Film Phreak, who has self-published a number of books, and set up a budget to write a novel of my own chronicling under seen masterpieces.

What can you tell us about the project you are working on?

It is a book cataloguing, reviewing, and discussing independent and generally under seen horror cinema. There is a huge variety of films featured; everything from Herschel Gordon Lewis’s blood trilogy to creature feature Mons-turd, featuring a serial killer made of poop. A lot of these films are goofy, some of them are completely terrifying, but they all deserve an audience.

Why did you choose to go with indiegogo.com?

My boss and co-owner of Theblood-shed.com John Lepper used the website to crowd fund his comic book We Kill the Dead. Through his contacts in the horror industry and social media, he extensively campaigned his project to a specific audience: horror fans. I realized I could use the site to procure similar results for my book.

The largest costs for the project itself is editing, which will be a minimum of $300, and actually printing the copies, which will account for the rest. There are some awesome perks up for grab ranging from the standard ($10 for an e-book copy, $25 for a signed print copy) to the insane ($250 and I’ll tattoo the donators name on my back)

Who are some of your favorite Authors?

As far as fiction goes, I am a Lovecraft and Clive Barker devotee. The Color out of Space is in my opinion, one of the finest short stories ever written. For film journalism, Roger Ebert and Pauline Kael were the finest in their craft. Reading their work is a true treat.

What inspired “The Blood-Shed?” Where did the idea manifest from?

I came on as a staff writer for The Blood-Shed last march after stumbling on the website co-owner John Leppers comic We Kill the Dead. I contacted John, showed him some of my work, and he hired me on as a writer.

Who has inspired you professionally and personally?

My bosses and Blood-Shed owners John Lepper and Josh Millican and the entire staff I write with. They are all hardworking, talented people with a real passion for horror and their work.

Please tell everyone what they can do to help make this book come to fruition and where can they go to see some more of your work?

You can see my work and several entries planned for the book at www.theblood-shed.com/category/jeff-mccullough/. Even if you can’t donate much, every little bit helps. It only takes one dollar to get your name as a special thank you in the book. At the least, give it a share to anyone and everyone. Our goal is modest, and this is possible!

A Look back at Street Trash