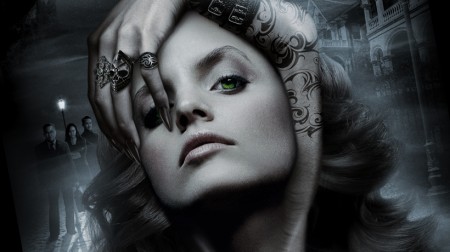 Cuyle Carvin plays a life coach in two episodes of the new horror series South of Hell. We TV will air all of the episodes as part of the network’s Black Friday Binge on November 27, 2015.

The show is the creation of producer, writer and director Eli Roth (Grindhouse, Hostel, Cabin Fever). Carvin’s horror film credits include Assault of the Sasquatch, Alien Opponent and Fog Warning.

South of Hell is a supernatural thriller set in South Carolina and stars Mena Suvari as demon hunter Maria Abascal.

Charleston, South Carolina is an elusive city with many faces and the perfect home for Maria Abascal (Mena Suvari, “Chicago Fire”), a stunning, 30-year-old demon-hunter-for-hire. Alongside her brother, David (Zachary Booth, “Keep the Lights On”), she is skilled and fearless in her pursuit of the demons that live in others. Like those that she hunts, Maria is divided within herself, struggling with her own demon, Abigail, who resides inside of her, feeding on the evil Maria exorcises from others. Maria and Abigail share a soul and a destiny, but as Maria desperately tries to overtake Abigail, she will discover how far Abigail will go to remain a part of her.

For more information go to: www.wetv.com/shows/south-of-hell