Horror Funding: Celluloid Wizards in the Video Wasteland: The Saga of Empire Pictures 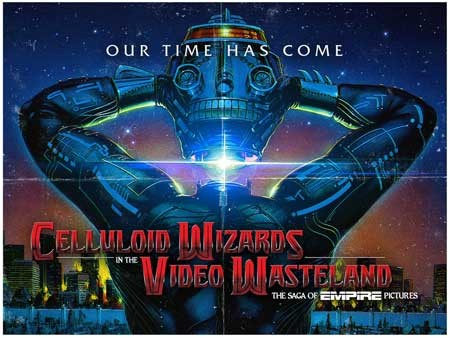 The early runaway box office success of films like, “Re-animator” and “Ghoulies”, paved the foundation for Empire’s wildly imaginative slate of motion pictures. Unfortunately, Charles Band’s unbridled passion for marketing and distribution clashed with scandalous banking practices, causing his newfound company to crumble beneath him in only 5 short years. But what really led the youthful mini-major to crash and burn upon the sticky floors of empty movie theaters?

The thrilling saga of Empire Pictures is told through the eyes of the innovative team of filmmakers and film professionals who worked together to reinvent and reinvigorate the independent film industry in the 1980’s. However, my two year journey to bring their story to the screen is not over yet. Our Kickstarter ends on the morning of Friday 13th, and we still have less than $7,000 to go in order for this Campaign to be a success (our total goal is $25,000).

Tags Celluloid Wizards in the Video Wasteland: The Saga of Empire Pictures