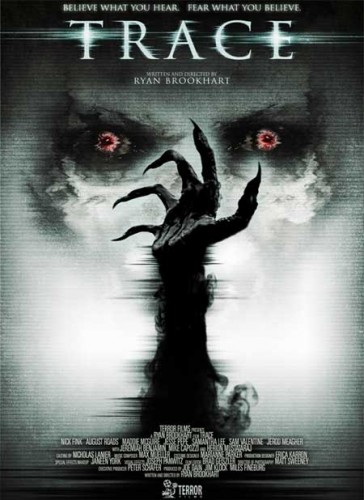 Trace, a supernatural film released by TERROR FILMS focuses on the use of Electronic Voice Phenomena and the spirits that lay just outside of our world that threaten to tear it apart.

The film centers on a group of friends led by Nick (Nick Fink – Ghost Squad) and his music studio partner, Duffy (August Roads – Loserville). One night at a party Duffy convinces everyone to go into their home studio and experiment with trace phenomena – a form of EVP (Electronic Voice Phenomena). One by one the friends begin dying and they soon realize that they have accidentally opened a door to a horrific realm. It’s a race against time and supernatural forces to sever the transmission in order to save themselves and prevent a powerful demon from entering our world.
“Believe What You Hear. Fear What You Believe.” 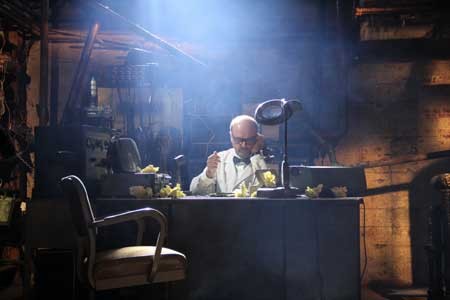 Trace opened in a wide DVD release through Redbox on October 27th, with the title being made available at all 40,000 Redbox kiosks. This release was followed by an ancillary release on November 3rd across multiple platforms including iTunes, Vudu and an assortment of Video-On-Demand and satellite platforms including Dish, Cox and Verizon.

Trace stars Nick Fink, August Roads, Jesse Pepe, Maddie McGuire, Samantha Lee, Sam Valentine, Jerod Meagher, Mike Capozzi, Jeremiah Benjamin and Herion Mustafaraj. The film was written and directed by Ryan Brookhart. Brookhart says of the film and its release: “I feel Trace, taken on the merits of what’s usually offered in the low-budget horror genre, defies a lot of convention. And that’s its biggest strength.” As well, the film was produced by Terror Film executives Joe Dain, Jim Klock and Miles Fineburg and it marks the fledgling distribution company’s 2nd release. Their first release, The Chosen, was released as an Event Theatrical and wide ancillary release in July of this year.

Trace invites horror fans into an unsettling journey to hell and back!
On Redbox: