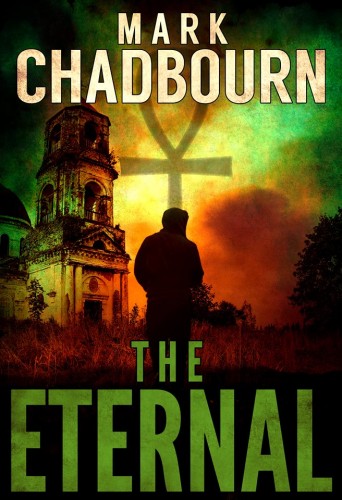 Originally published in hardback and paperback by Victor Gollancz, this new digital version has been fully revised by the author.

Annie Bolton’s future was bright – until she met the Eternal, an immortal cursed to wander the Earth bringing death and destruction. Only Annie and a mysterious drifter – a human who has pursued the Eternal across continents – hold the key to stopping the triumph of evil. A shocking supernatural thriller from British Fantasy Award-winning author Mark Chadbourn.

Special offer: this novel will be heavily discounted for just seven days at which point the retail offer will revert to standard novel pricing.

The Eternal is the first in a new line of horror thrillers from Chadbourn, which will include new novels, serials and novellas, as well as revised digital versions of his earlier works.

Mark Chadbourn’s fantasy and historical fiction novels are published by Penguin Random House.  He is a screenwriter for the BBC and is now developing new series for the US and UK, and he is a journalist for The Guardian, The (London) Times and The Telegraph.