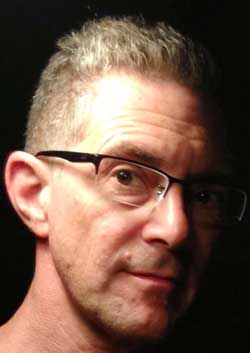 Director/Writer Mark Netter spoke with Horrornews.net for an exclusive on his new “acclaimed sci-fi horror film “Nightmare Code” starring Andrew J. West. It will be available on DVD

You co-wrote and directed “Nightmare Code,” where did the idea stem from?

Mark Netter: I am the co-writer with M.J. Rotondi who I co-wrote with and he’s an old friend and he’s been the partner in crime on this one. I had a lunch about January 2012 with a friend of mine named Craig Allen who I knew from the video game business and he had an independent development studio called Spark Unlimited and he was CEO and they were doing well and we came up with the idea of doing a found footage or a surveillance camera movie in his offices and so that worked in video games. I would have thought that before I got involved in video games that if you had any two programmers of similar talent and give them the same task that the code they come out with would be ninety percent similar. What I learned was that different programmers solve things different ways.

They can both get great results but it means that deep inside your computer and deep inside of your phone, any device there is the personality of the programmer in computer code logic. We thought well what if that logic that personality was extremely pissed off? That was the genesis of the idea.

You have a phenomenal cast including Andrew J. West. What was it like for you working with the cast?

Mark Netter: It was a dream working with the cast. Andrew and Mei both came through referrals. Mei was referred to us through by our line producer and she read the script. I met with Mei and she read the script and we had a three hour coffee and I just thought she was smart and I thought she had a great take on the character and she referred us to Andrew because they shared a commercial manager and Andrew was great and I met with him for three hours and we talked. And with both of them and I have this on video doing some of the scenes. 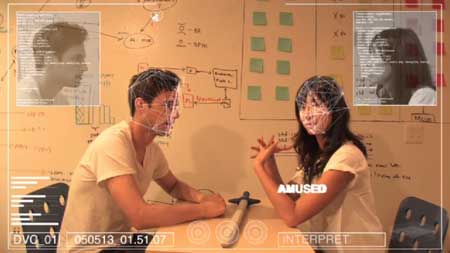 It was really interesting with Andrew it was the first time we had saw the character that we had written, it was the first time of all the actors that we felt like he nailed the character we had written. With Mei we realized we hadn’t written the character as well as she was performing it and we actually made changes to the script to kind of fit her take on it, a little more mature than the original character. When we worked together they were so into the ideas of the story, they had great chemistry together and as you know from the movie they have some intimate scenes together. You know we became sort of friendly through that and when I did the DVD commentary two months ago and this is three years after we shot the movie both of them immediately agreed to join me when I asked if they would. It’s a really fun commentary.

They are very smart actors, they are very committed actors and really inhabit those roles so beautifully. We are not using traditional film techniques to make you bond with the characters. I feel like their performances do everything that we need to make you feel like you are following Brent and then your following Nora.

Mark Netter: (asked me a question) did you feel that way when you were watching it?

I felt like I was watching a movie inside of a movie.

When you are shooting a film like this that is out of the ordinary. What challenges did you face?

Mark Netter: Number one is budget, this is a fully independent feature film. We could not solve problems with money. We had to solve them by being creative. So originally the idea of getting surveillance camera, PC camera and the eye glass camera worn by the actors. I thought it would give us a very rigorous and distinct look and also feel very voyeuristic like a surveillance Hitchcock movie. But also it would make it easy for us to shoot a lot of pages on the days when we had a lot of dialog so we shot for fourteen days and it was over seven weekends which is very unusual. We could have done it in two or three weeks but we shot it over weekends because that is when we had access to the office to work. We had some days where we would do twelve to fifteen pages of dialogue which is unheard of in a Hollywood movie. So I think that was a big challenge. 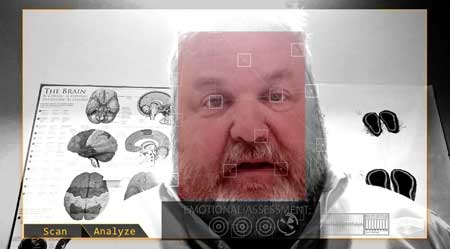 What advice do you have for fellow directors and writers?

Mark Netter: One is you have to have a very strong vision and that vision could be very different from our vision, it could be a romance, it could be whatever? But you have to have a strong vision, hopefully a unique vision and hopefully a vision that is pretty complete. Not every detail has to be complete. You learn that making the movie but kind of the story has to be complete and then everything else is about leadership.

Can you get people to join you on the journey, typically if you’re independent for very little money or for points in the movie? 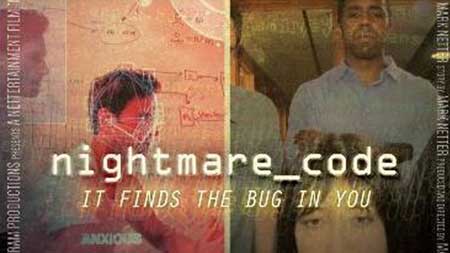 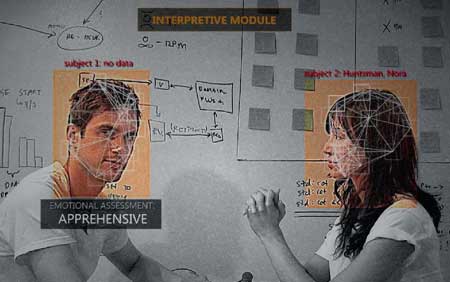 You know will they join you because they believe in the story and because they believe in your vision and they believe in your leadership and you make them feel comfortable as you go along because you know your craft. You have to study your craft. And then the third thing is don’t give up! “Nightmare Code” at some point I had to stop and raise additional funds for six months, I ran an indiegogo campaign for final finishing. It has been sometimes the loneliest job in the world. I think the reason that we are reaching and we are on google play right now and iTunes at the end of the month and then DVD next month. The only reason is because I just refused to give up. It made all the difference in the world. 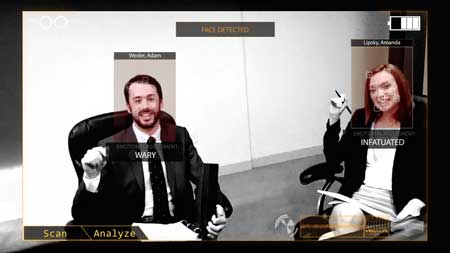 Mark Netter: My co-writer and I have written a thriller with four female leads. They are four female leads who get involved with blackmail, kidnapping, murder and betrayal. I am hoping we are able to make that next. I will even give you the title. It is called “All The Way Down.” 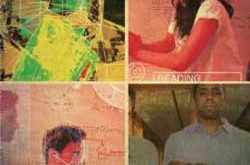