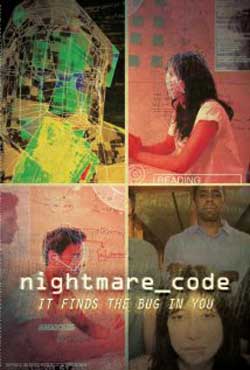 After a programmer working on a top secret surveillance program snaps in a murderous rage, a notorious code wizard with problems of his own moves into the startup offices to figure out what went wrong and deliver the final product. But the deeper he delves into the code, the more the code takes on a malevolent life of its own.

Mark Netter’s ‘Nightmare Code’ is an ambitious, low budget sci-fi thriller that never really delivers on its ambition nor surpasses the restrictions of its budget.

Brett Desmond is hired to complete the unfinished coding work of “genius” programmer Foster Cotton, who snapped unexpectedly and rampaged through his office shooting several members of his management team before turning the gun on himself. Desmond, in legal trouble that is draining him financially, is quick to take up the contract, believing it will be an end to his woes. Besides, the code seems intriguing in its potential, and potentially revolutionary. 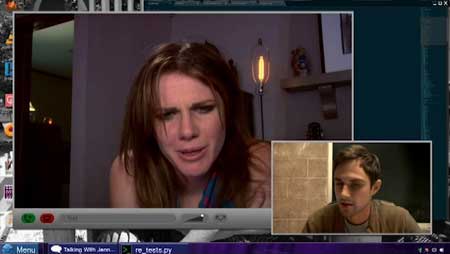 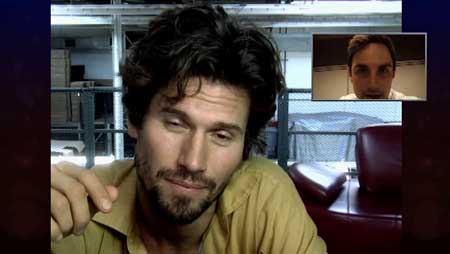 Cotton’s baby is ROPER, a type of facial recognition, pattern analysis program that can predict “probabilistic near-term behaviour”. Its possible real-world application could prevent crime before it occurs. The code is 95% complete, but Desmond’s employers require it finished as soon as possible lest they lose their $50 million contract. The pressure is considerable, but their promise to make all his problems go away is too tempting for Desmond and he leaves his wife and daughter at home to live on-site and launches himself into the job.

The further he delves into Cotton’s work the clearer the reasons for his eventual meltdown become and the more sinister he is revealed to have been. Meanwhile, the code seems to be taking on a life of its own…

If this all sounds intriguing, it rather is, but the promise of this initial setup gets mired down in clunky writing, paper-thin characterisation, confused plotting, pointless technique, a plodding pace and one or two really silly moments that seriously undermine what Netter has set out to do. 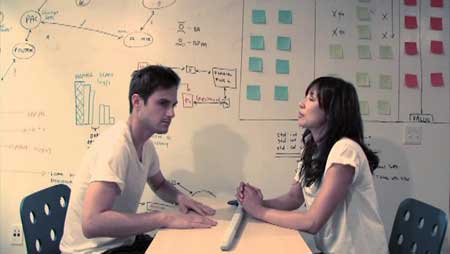 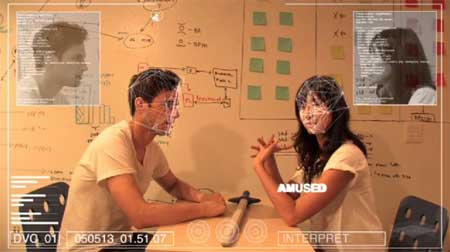 The film adopts a semi found-footage conceit, unfolding over various security displays and web cameras. For the most part it utilizes a split-screen approach that divides the frame into quadrants and has no discernable purpose other than to add some interest to the static setups and severe lack of production values. Though we are given four images to look at we never really need to see more than one, with no contrast or interrelationship between them. The viewer is essentially doing the editors job for him. Imagine the film without this technique. What is lost? Would its absence be missed?

One technique that does work is ROPER’s ability to tag faces and recognize behaviours, where little descriptors such as “antagonistic” or “smug” are shown underneath characters faces. This effect is put to good use in a scene featuring video footage of Cotton’s meltdown. Its use in a final scene, which marks a character as “astonished” and “dying”, elicits laughs at an inopportune moment.

We are told that ROPER glitches when these tags do not match behaviours, and in one scene are shown two characters attacking each other in a fight that did not actually occur. If the contract falls through, this little team of programmers would have a big future doing special effects in the Hollywood blockbuster machine, for they have perfected 100% photorealistic graphics and don’t even seem aware of how impressive that is. 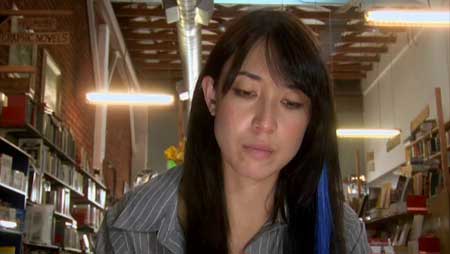 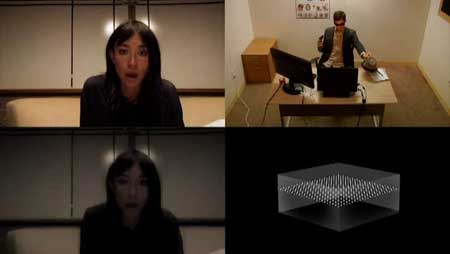 There’s no real way around the fact that a film about programmers writing code is going to be inherently verbose. Netter’s attempts a slow burn approach to his exposition, but before too long the participants are just spelling it all out and yet somehow it is all still rather confusing.

The characterisation isn’t much better. Desmond’s arc is of the tired old work-before-family “Sorry I couldn’t be there honey” variety. It does help to provide his character’s motivation and lay the groundwork for the pressures that will weigh heavy on him and set into motion the third act, but it’s too bland to be emotionally investing. His behaviour at the end of the film is too sudden and out of nowhere to be convincing, though having him don a trilby does help. That’s just insane. Andrew J. West does what he can with the role, but he isn’t given much to work with.

Far more effective is Mei Melançon who gives a warm and grounded turn as Nora Huntsman, Desmond’s colleague. Her speech about her former drug addiction and learning to forgive herself is the most human and engaging in the film. There is at least one wretched performance here, and it is from a player in a small but key role, and it severely undercuts the proceedings. 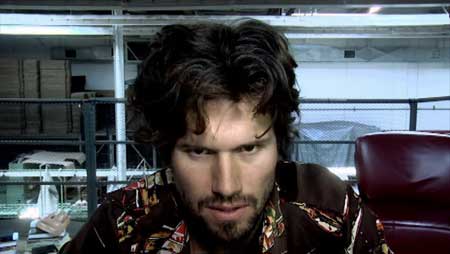 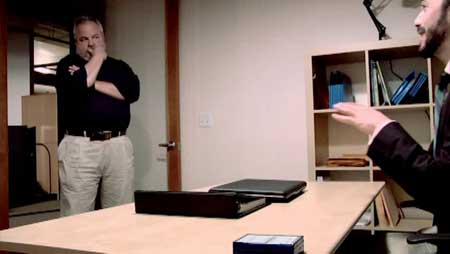 If all this sounds terrible it really isn’t. Netter’s ambition is admirable and his ideas strong, but let down by the micro-budget and his undisciplined writing. It brings to mind films like ‘The Lawnmower Man’, ‘The Ghost in the Machine’ and even the William Gibson penned episode of The X-Files ‘Kill Switch’, but never feels like a throwback. Netter takes the material seriously. He touches on ideas of consumerism and the idealism of individuals caught up in the unethical machinations of greedy corporations, but he lacks the subtlety or finesse to really convince. There is a suggestion of the supernatural here where one is not needed, and the ending scene is as ridiculous as it is baffling. It’s not a bad film; it’s just not one I can really recommend.