From the Nightshift: Toronto for the Rue Morgue Festival of Fear

The Insomniac journeyed to Toronto for the Rue Morgue Festival of Fear. The convention is part of Fan Expo Canada which contains horror, gaming, anime, Sci Fi and comic book sections. It is not uncommon to see Jason Voorhees face down a troop of stormtroopers. The horror people seem to be strangely the least crazy and the more let’s just have some fun. After my two hour drive to Toronto I was looking forward to keeping in the horror section and haven’t the fewest run into with anime costumes as possible. I did watch a Batman cartoon as it was on the subject matter of returning from the Grave, so it fit under horror (Batman: Under the Red Mask).

It was also a great time to catch “Slime City Massacre” with an audience who hadn’t worked on it. The audience seemed to glue into the humor right away and the reactions were very possible. Greg Lamberson and some of the cast and crew were on hand to answer questions about the film. 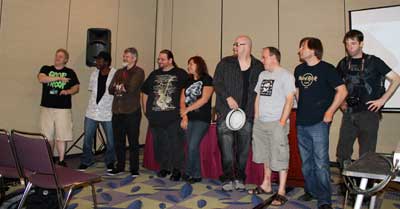 After the screening I went out to the vendors’ tables to see what film makers were selling what. The nice people I met last year were selling the second volume of their horror shorts “AAAAAH!!” Indie Horror Hits Volume 2. “More Killer” “Less filler” I plan to review both volumes in the near future but until then I think you should look them up at www.thecryptclub.com/ for some good indie scares.

When you are lucky enough to meet an actor or actress who was in one of your favorite cult movies, you have no idea what to expect. Will they be full of themselves? Or will they be someone you wish you had more time to talk with? Thankfully Camille Keaton is the second variety and I was very happy I got over my nerves to talk to her for a while. She was happy to talk about present projects and tell some tales of some of the classics. Camille is famous for brave and disturbing lead role in “I Spit on your Grave”. Which I don’t think I will ever forget the scene in the bathtub as long as I live. She couldn’t have been nicer to me and is back to making movies so hopefully she will be in many more cult movies to follow. She will be appearing in “Sella Turcica” directed by Fred Vogel. 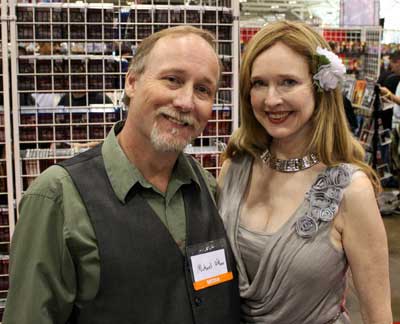 I was able to talk to Paige over at Alternative Cinema. Com and got copies of “Sculpture” and “Bite Me” signed by Misty Mudae who I swear is looking younger and younger all the time. I wonder what this lady’s secret is.

I also talked with Melatha Blackthrone who’s movie “Countess Bathoria’s Graveyard Picture Show”
was being screened on Sunday. The movie is an anthology where she plays Countess Bathoria in the wrap around segments. She does a great job as an Evira sort of character. Melatha is a very talented actress/director/stunt woman and writer. She tells me that the anthology should be getting a release in a few months time. I hope so, as the screener was only half of the movie and I would like to see more of it. 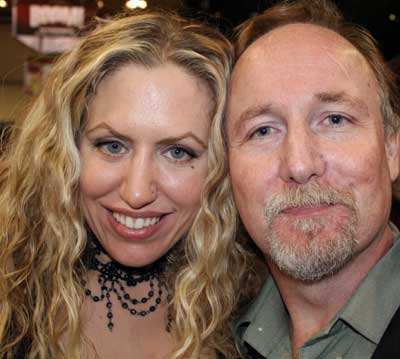 The festival was over crowded this time around but it was great to see old friends and make some new ones. Come out next year, and maybe the cake will be on me.