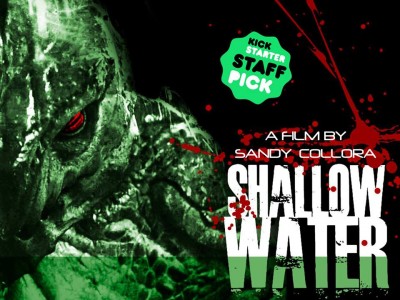 Campaign to help fund “SHALLOW WATER” – now live on Kickstarter, seeks to “break the glass ceiling” for crowd funding genre films, and calls out Hollywood for its excessive sequels and remakes of genre films

Sandy Collora is a longtime special effects artist who helped create some of the more renowned and revered creatures in modern cinema. He also produced and directed Batman Dead End – among the most downloaded short films in history. With the support of a large part of Hollywood’s practical effects community, Collora has now introduced Shallow Water – “a gritty feature film that fans of high-quality indie horror will love and respect. And it unleashes a new cinema creature unlike anything seen before.”

Shallow Water combines Collora’s three greatest loves – horror, the ocean, and the environment. “The underlying theme of Shallow Water is simple,” says Collora, “all life on Earth is part of an ecosystem containing millions of species. When one species repeatedly disturbs that ecosystem, the oceans get upset; and when the oceans get upset enough, the whole planet gets pissed off.” 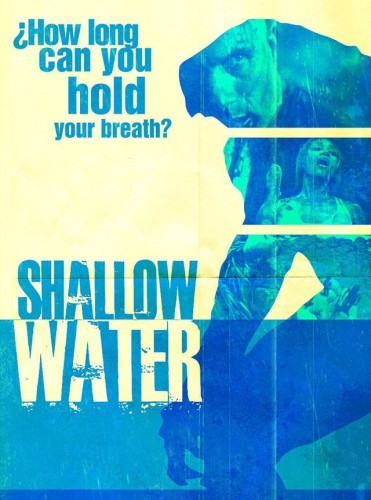 A primary star of Shallow Water is not a human; it’s a creature. After a decade of fine-tuning, Collora introduces The Tiburonera – “he who hunts sharks”. Collora believes Hollywood has dropped the ball in introducing fresh new cinema creatures. While he attributes it mostly to the pressures faced by studios to prioritize safety and meet their bottom lines, he also feels that sequels and remakes have become excessive in genre films, and have compromised the art.

Says Collora: “I love genre films, especially horror. I grew up on the original Alien and Predator, and they are awesome. But where are the NEW potentially iconic creatures and characters? How long has it been since we’ve seen something truly unique and powerful in that space? Too long, and if Hollywood won’t do it, I will. I want to make a great classic genre film, with a strong story, believable characters, great performances, eerie settings, suspense, and a worsening predicament – true high-quality horror that people will love and enjoy.” 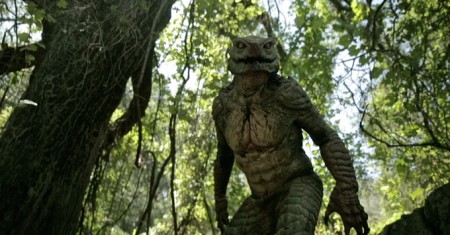 Collora was born in NY and always loved film. He moved to CA at 17 and found initial success as an artist at Stan Winston Studios, mastering the art of sculpture and character creation, first on films like “Leviathan” and “Alien Nation” then later on “Men In Black”, “Total Recall” and “The Abyss”. He became a go-to designer of action figures, had a successful stint as a commercial director, wrote and directed the cult classic Batman Dead End which set records for numbers of downloads, directed the feature film “Hunter Prey”, and published two volumes of The Art of Creature and Character Design, which he funded with the help of Kickstarter. He returns to Kickstarter for Shallow Water.

His return to Kickstarter for Shallow Water is in a big way – with a $550K raise. If it succeeds – it would be the highest ever for a genre film on Kickstarter. He is off to a solid start, having passed $100K raised with almost 30 days left in the campaign. “I know this raise would be breaking the proverbial glass ceiling on Kickstarter for horror -” says Collora. “- and I think that is needed. Kickstarter has been kind to dramas when fronted by major celebs like Spike Lee and Kristen Bell, but has not been able to draw capital sufficient to become a go-to place for top-quality indie horror. I hope to change that. You can’t possibly produce a film of quality for $100K, and if you are forced to go into the secondary market after your campaign to fund the balance, you lose your independence and you risk compromising your vision. Shallow Water is an ambitious raise, with a purpose, and the aspiration – and my guarantee – of being a great film horror fans will love and respect. I also hope this raise will open doors for others.”

Shallow Water tells the story of a seemingly innocent adventure. Six fishermen embark on a fishing trip to a remote and mythical fishing hole nestled deep in the Sea of Cortez. They scour the Baja peninsula to find this magical place, but when they do, they encounter unexpected sea life, which puts them at odds, and it becomes every man for himself. Adds Collora: “It’s Mother Nature versus Human Nature.”

“I love Sandy’s work. This is a great story, and the creature is fantastic. Of course I also love the reliance on practical effects”, adds two-time Oscar nominee and Emmy winner Howard Berger (KNB EFX Group, for The Walking Dead).

“I spent years on this script, and have been very careful to think it through” adds Collora. “As a filmmaker whose primary hobbies are fishing and freediving, I feel blessed to be able to create a film that combines the things I love most.”

Collora launched his Kickstarter campaign in early September. He is offering Rewards from $6 on up, has created limited edition collectible resin busts, a MEGO-style action figure, and maquettes at higher Rewards levels – and – even an original film-used full-body creature suit. His kickstarter project is live at kck.st/1JyI7Po