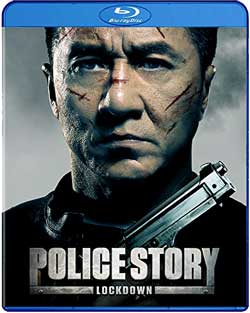 A man looking for the release of a long-time prisoner takes a police officer, his daughter, and a group of strangers hostage.

I’m not a Jackie Chan fan. There, I’ve said it! My old Wing Chun tutor was always name-checking him when we accidentally asked him if he’d worked on any films recently and one of my friends had a strange older man crush on him at one point. The truth is that I’ve not actually seen more than a couple of films with him in and I presume they were not in his greatest hits as he lacked the screen presence of Bruce Lee by a country mile (Northern British for ‘a lot’) and seems too much of a nice guy when compared to Lee’s animalistic fighting machine. Now he’s getting old but still does his own stunts, can grapple with the best of them and, for that, he deserves a bucket-load of respect. This all brings me to Police Story 2013, which seems to know its lead actor and his limitations as an ageing Kung Fu star.

Massive disclaimer: please be aware that I’ve not seen any of the other films in the Police Story series so I’m a total novice and all opinions should be taken with a pinch of salt (unless you agree).

Detective Zhong Wen (Jackie Chan) is a struggling father; still grieving over the loss of his wife while trying to keep a grasp of his wayward daughter, Miao (Tian Jing), who reminds him that he could have been a better husband and dad. It is a meeting with his daughter that introduces Zhong to her new boyfriend, W (Liu Ye)u; a nightclub owner with some rather dubious friends and, after an unsuccessful attempt to reconcile their differences, results in the detective being taken hostage. Zhong’s capture all seems to be part of a revenge plot for something that happened in Wu’s past and could result in the club and a number of patrons being taken with it. During his capture, Detective Zhong is forced to fight one of Wu’s henchmen and deliver the prisoner Wei Xiaofu to the club in order to protect his daughter from her psychotic beau. 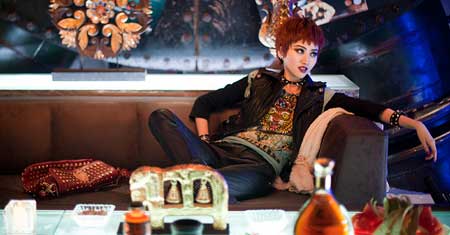 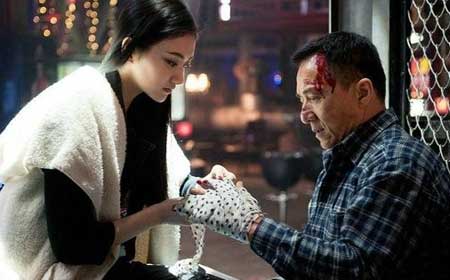 Detective Story 2013, directed by Ding Sheng, is a fast-paced, action-packed movie, awash in the neon lights of modern China and the setting is one of the first things that caught my eye. The bright lights of Club Wu are dazzling, highlighting the decadence shown in the first third of the film and work as a perfect contrast to the lighting towards the finale, when things have gone through several shades of crap for our hero and his companions. The frantic nature of the film is mirrored by the frenetic scenario in which it takes place, accompanied by a soundtrack of punk and electronica. There is no old world charm in this movie.

The fight scenes are fewer than I expected, coming to the film as a newbie, but the quantity is made up with gritty action that is quite removed from the wired acrobatics of modern Hong Kong films. Here, the beatings are as heavy, tired and unwilling as the old detective and this gives the scenes a much more realistic feel. One in particular, where Zhong is forced to fight or submit altogether actually had me on the edge of my seat and his determination to keep getting up from smackdown after smackdown genuinely tugs at the audience’s heartstrings. 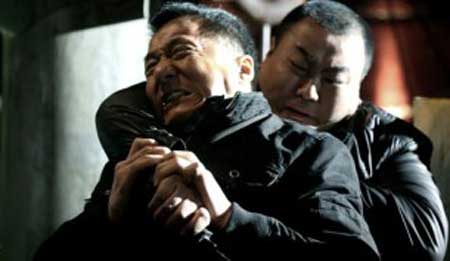 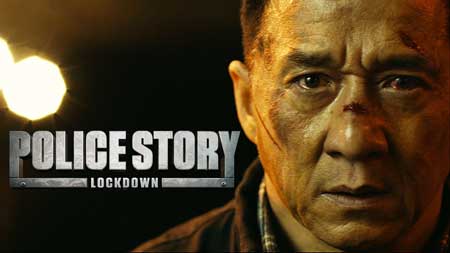 The emotional cards are played several times during the film, whether concerning the relationship of father and daughter or the motives of the villain and generally they work. One thing that does affect the quality of the film is the pace. Yes, it’s fast, frantic and furious at times but when it slows down, boy does it slow down! Ol’ Jackie couldn’t spend the entire film in a sprint without it bordering on ridiculous but there are times when Police Story 2013 felt like it was dragging. Maybe, I’ve been spoilt by the balls to the floor intensity of The Raid but I sometimes felt that this film was struggling to keep my interest and that should not happen with a martial arts movie. 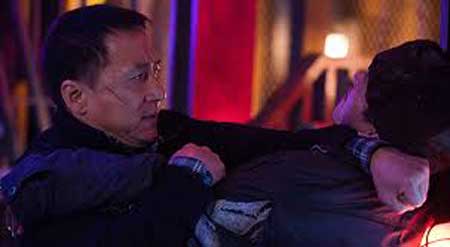 I enjoyed Police Story 2013 more than I expected to and the action is punctuated with moments of humour which are, on occasion, actually funny but there was not enough there to keep me buzzing. The plot is not totally predictable but is far from a masterpiece and, I know, people don’t tend to watch these films expecting works of genius but they also shouldn’t be looking at their watch at the halfway mark.