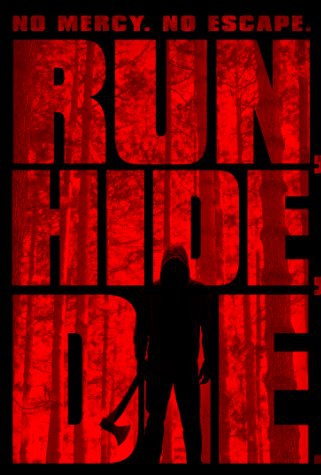 Five girls, one secret. Revenge stalks them in the night.

I was bemoaning (to no one in particular) the fact that it had been awhile since I’ve sat myself down to watch a good old fashioned slasher flick. Then lo and behold, a movie called Run, Hide, Die showed up in my mailbox! This got me to thinking that maybe I should bemoan (again, to no one in particular) the fact that I’m not a multi millionaire that’s married to Jessica Alba – it couldn’t hurt to try. But first, I had to watch this film, and dutifully report my findings back to all of you.

Nearly a year to the day when her husband was murdered, Addison (Alison Monda), decides that a little road trip to a secluded cabin with four of her best friends would be a good idea. And indeed, for awhile the five of them are having a great time. Addison, Gina (Tabitha Bastien), Ariel (Ivey Bronwen), Billy (Keiko Green) & Indy (Alicia Mendez) are merrily enjoying themselves until someone shows up with one hell of an ax to grind against them. But who exactly could this person be? And why is this person so very upset at Addison and her buds? 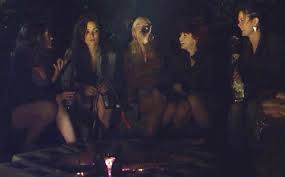 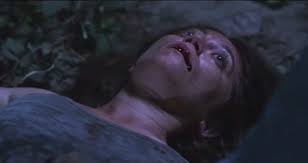 The answer to that is one of two surprises in Run, Hide, Die, and of course I’m not going to spill that can of beans. But I will divulge the other surprise, and that one is that this film wasn’t half bad! Now that isn’t to say that this film is without its fair share of issues – its got more than a few of them. But as the story unfolded (written by star Alison Monda), I found myself fairly intrigued by what was going on. The five lead actresses have a nice, easy & natural charm that works in their favor, and they got along as if they have indeed known each other for a long time. Their interactions made the first half of the film feel very personal, and their general bawdiness was a welcome change from watching similar films with men exchanging fart/dick jokes. Mind you, the jokes do run thin after awhile, but hearing them come from women gave them a longer screen life than you’d expect. The first half of the film is surprisingly engaging. 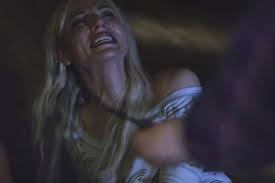 Unfortunately, the second half of the film decides to wallow in the standard tropes of the slasher film as it tries to subvert a few of them at the same time. It’s during this half that some fairly heinous seams begin to show. Once the killer decides to burst upon the scene, Run, Hide, Die seems to get confused. Since a lot of this confusion stems from who the killer is, I won’t say too much about it. Suffice it to say that here are more than a few instances during which all five of our campers in peril could have easily taken care of the killer. In one of the few nifty turns that take place in the second half, the killer gets a hold of a script for a horror film that Ariel has a role in. The killer makes the five girls act out the script, and perform some of the actions that take place in the script – actions like cannibalism. This works out for awhile, it amps up the suspense for a bit. But then the film decides to have the girls spend most of the last 30 minutes screaming incoherently at each other, and the cinematography takes a turn towards an unsavory murkiness that obscures most of what’s happening onscreen. In short, after a decent first half, Run, Hide, Die becomes decidedly irritating in its second half. 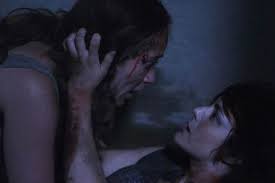 But with a running time of 75 minutes, it’s all over rather quickly, and there’s still the faintest hint of that decent first half wafting over the second half. So while I can’t quite recommend that you run out to buy/rent it – Run, Hide, Die is a decent enough diversion for a slow Friday evening. Good performances by all, an interesting twist, and competent direction (from Collin Joseph Neal) help to ease the pain of the final 30 minutes.